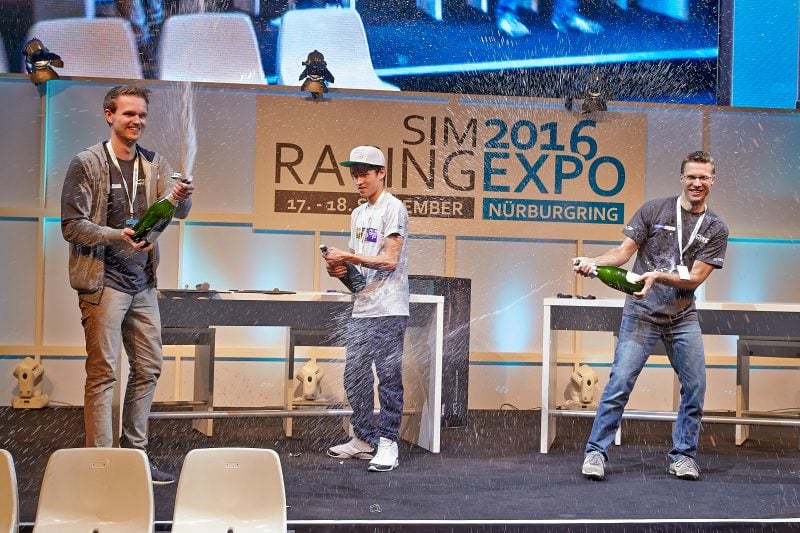 Following an announcement on the event website, Sim Racing Expo 2017 will feature a new partner in Porsche. The German manufacturer will have a keen presence at the show, which takes place on September 16 and 17 at the Nürburgring circuit.

A Partnership Between Simulation And Reality

The aim of the partnership is to increase the popularity of sim racing within the country and beyond. Getting a motorsport icon like Porsche on-board will certainly pique general racing fans’ interest. Promoter of the Sim Racing Expo, Marc Hennerici, puts the forming of the partnership down to the rise in competitive sim racing:

“We are currently experiencing a real boom in esports, that also has a huge impact on real motorsport. Today hardly any professional young race driver can go without simulation when preparing for races.”

He then goes on to state that partnership with a worldwide brand like Porsche can only be good. Not only will it increase the appeal of the event outside sim racing circles but it also illustrates how far racing games have come. Real racing icons want to be involved in our hobby more than ever. Hennerici believes this is down to the gap between virtual and reality being so minimal.

It’s hard to believe the type of journey we’ve had for Porsche in racing games. Under EA’s exclusivity for the manufacturer, its appearance was heavily limited. Usually appearing in the Need For Speed titles, fans longed for its arrival in more sim-orientated endeavors. The tables have very much turned this year though. WRC 7, iRacing, Project CARS 2, Forza 7 and Gran Turismo Sport all feature the manufacturer in 2017.

The fact Porsche is now sponsoring these type of events and even considering its own esports team prove a new ambition to make the most of the new-found freedom. We’ll be on the lookout for more details on what this partnership means for the Sim Racing Expo going forward.

Andrew Evans · Aug 18, 2017· Comments
Need for Speed and sports clothing brand Puma have teamed up for a crossover capsule collection with game-inspired clothing that allows you to match your avatar from the virtual environment of NFS Unbound.

Gary Slater · Aug 18, 2017· Comments
February has graced us with its presence, and has also brought along a new Spring season for Forza Horizon 4. We’re into the closing stage of Series 57, with one more week of cars to win and events to complete before the next series arrives.

Andrew Evans · Aug 18, 2017· Comments
The new Series of Forza Horizon 5 is here, celebrating all things Japanese automotive across the next four weeks.

Jordan Greer · Aug 18, 2017· Comments
I just got back from a trip to PlayStation’s North American headquarters where I had the chance to be one of the first people to play Gran Turismo 7 on the PSVR2, and I’m here to tell you all about it.

Michael Leary · Aug 18, 2017· Comments
Ubisoft has announced the third installment of its multi-vehicle-type racing game series The Crew will be called The Crew Motorfest, and is on the slate for a launch later in 2023.

Andrew Evans · Aug 18, 2017· Comments
Competition Company has announced that its new racing sim, Rennsport, has missed a second scheduled milestone on its approach to a late-2023 launch, with its closed beta phase once again postponed.

Andrew Evans · Aug 18, 2017· Comments
The latest set of Gran Turismo 7 Daily Races is now available, running across the next seven days, and marking a return of tuning to the events.