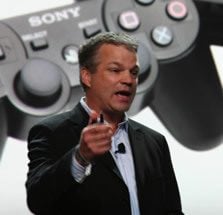 According to an Italian gaming site, a Sony representative at last week’s Game Developers Conference informed them the company was looking to release Gran Turismo 5 in October of this year. While GT5 received little attention at the show, Sony’s marketing vice president, Peter Dille, re-affirmed the game would release this year. Of course, October also fits nicely within the “fall” release window mentioned by European Sony executive James Armstrong last month.

This gives Sony plenty of time to establish themselves in the 3D television market over the summer, providing the platform to introduce GT5 as the technology’s “killer app” at the start of the popular holiday buying season. While we must be wary of this somewhat anonymous source of information, it lines up with everything else we’ve been hearing as of late. Time will, as always, tell.