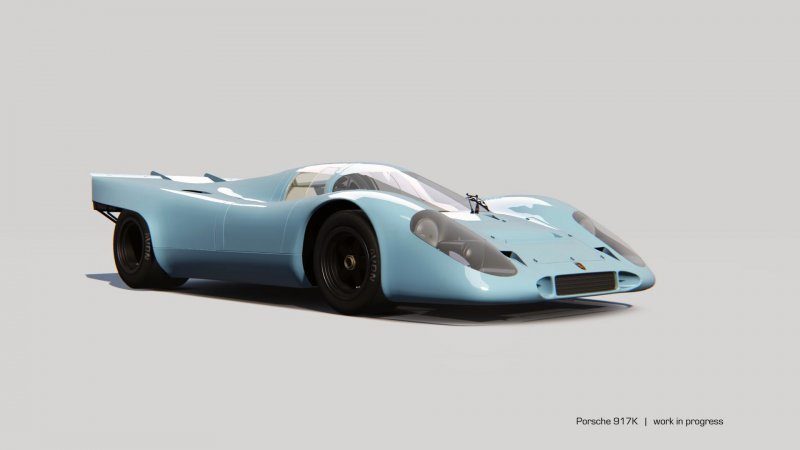 With Porsche Pack Volume 1 set to touch down tomorrow, Kunos Simulazioni have hinted that a slow trickle of information regarding the contents of Volumes 2 & 3 will arrive in due time. It appears Steam hasn’t received the memo though, and have revealed everything in one fell swoop on their database page.

While it’s likely the result of Steam preparing for the Season Pass entitling users to a 28% discount off the standalone prices, it has undoubtedly shed a light on the direction Kunos went with when licensing the Stuttgart marque: diversity. Ranging from modern-day racing metal, to a collection of road cars, hypercars, and even historic racers, there’s something for everyone.

Without further ado, the contents are as follows:

For a closer look at the next two packs, you’ll want to act fast and have a look at the Steam pages here. Who knows when they’ll be removed from sight.

In much calmer news, Kunos continues to tease the contents of the first pack making its way to PC users tomorrow with the latest in-game look at the Cayman GT4 Clubsport. Powered by a 3.8 liter flat-six engine outputting 385 bhp to the rear wheels, the Clubsport was developed for the track and is geared for performance.

Weighing in at just 2,866 lbs and delivered from Porsche’s factory with a welded-in safety cage, racing bucket seat, in addition to a a six-point harness, the Clubsport plays to its lightweight advantages with unique agility and aggressive driving characteristic around the track.

Porsche Pack Volume 1 will be available to PC players first, tomorrow, October 25. It arrives on PlayStation 4 and Xbox One in November. Don’t forget to head to our Assetto Corsa sub-forum to discuss this news and other aspects of the game.

Assetto Corsa DLCPorschesteam
The original comments for this post are no longer available.
Test Your Badge Knowledge With Our Car Logo Quiz