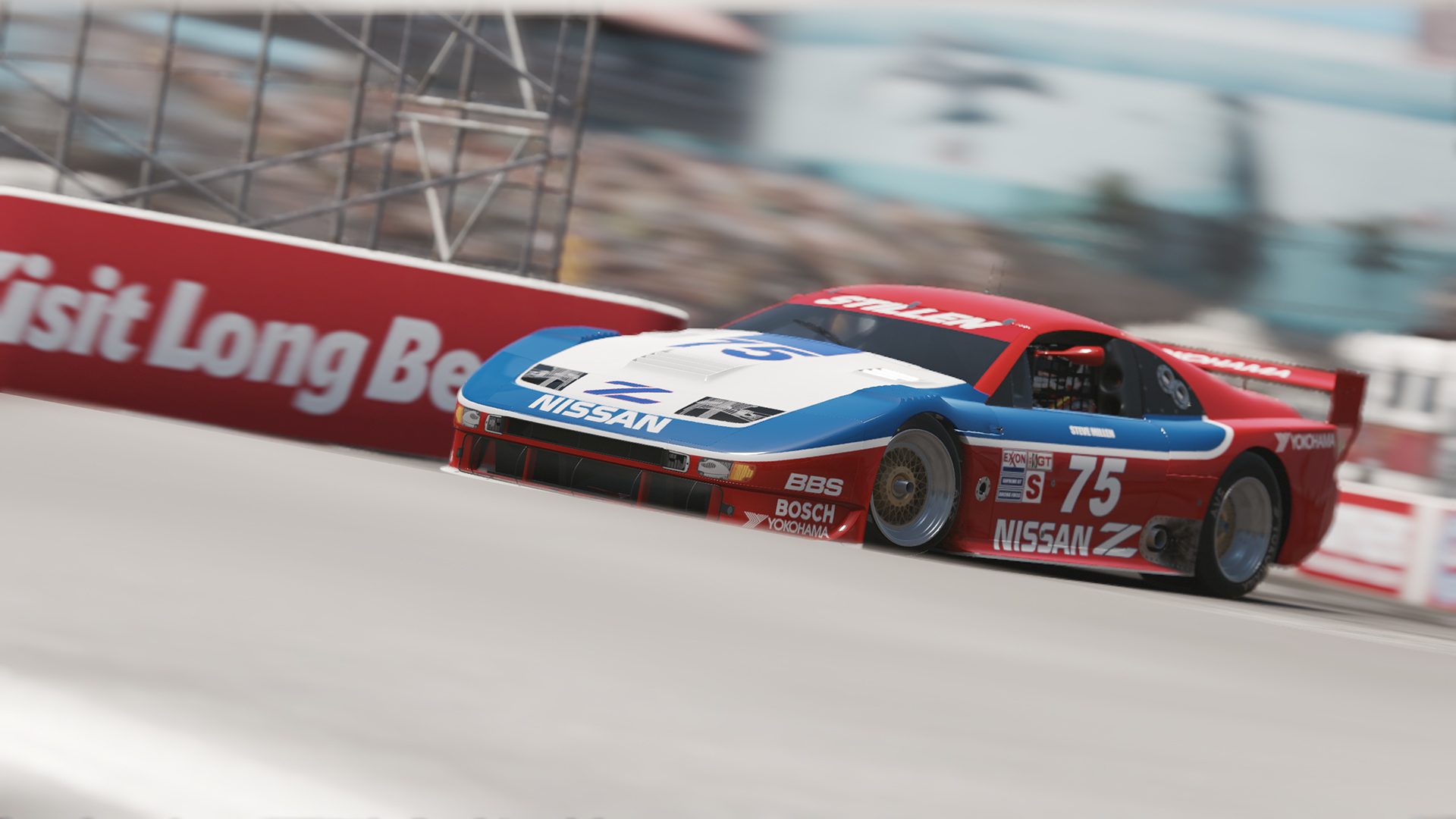 Americans celebrated Memorial Day this past weekend. In return, the latest Project CARS 2 Community Event focuses on the premier sports car series of the ’90s — and the car that utterly dominated it.

Nissan’s 300ZX was a force to be reckoned with in IMSA in the early ’90s. Blessed with a winning lineage and the gifted wheelmen Steve Millen and Johnny O’Connell, the 1994 Nissan team took six class wins, split evenly between the start and end of the season. It was all the more impressive when one considers Millen almost didn’t race at all, after a massive accident the year before nearly put an end to his career.

Players will find themselves on a track the Cunningham Racing team never had to worry about back then. Long Beach is the location this week, one of America’s greatest street circuits. It’s a tight circuit, which should make threading the 780hp Fairlady through its corners that much more difficult.

Despite that power output, the Z isn’t actually a complete terror to drive. Yes, you’ll want to be careful when those turbos light up, but the massive grip and long gears both go a long way to keeping the car pointed in the right direction.

As always, tuning is open, letting you find your ideal setup. Speaking of ideal, the weather forecast is clear too, which should boost confidence. If you’re aiming for the top, the best times are just sliding into the 1:04s right now.

The challenge will run until June 04. Full details are available below:

Gary Slater · May 31, 2018· Comments
Racers on Xbox One can look forward to a titan of a racing game this April as part of Microsoft’s monthly “Games With Gold” program. Previous big-name titles that have gone free as part of Games with Gold include Forza Motorsport 6 and its open-world counterpart, Forza Horizon 2.

Kyle Patrick · May 31, 2018· Comments
The premiere yearly Project CARS 2 esport series is back for 2019. There’s €20,000 in prize money up for grabs, and the return of fan-favorite multi-class racing.

Jimmy Broadbent · May 31, 2018· Comments
Sim racing is marvellous. I know I’m stating the obvious, but let me explain.

Kyle Patrick · May 31, 2018· Comments
Has it been a year already? Project CARS 2 celebrated its first anniversary recently. To get in on the festivities, we’re invited the community to share its best memory of the game in photo form!

Kyle Patrick · May 31, 2018· Comments
If you loaded up Project CARS 2 earlier today — and you’re in Australia — you may have noticed a rather large update available. Weighing in at 4GB or so depending on platform, the size and timing make it clear: the horses are coming.

Kyle Patrick · May 31, 2018· Comments
All the pretty horses. With news of a certain Prancing Horse marque’s upcoming DLC popping up over the weekend, we thought it was high time to focus on Ferrari in this, our latest Project CARS 2 Photo Mode Competition.

Kyle Patrick · May 31, 2018· Comments
Things have been a little quiet on the Project CARS 2 front of late. Luckily that’s come to an end, after the Xbox Store inadvertently released a trailer for the game’s next DLC pack.

Kyle Patrick · May 31, 2018· Comments
Have we really hit 20 iterations of our modern photo mode competitions? To celebrate, we’re casting a wide net this round, eschewing a theme to find the best shots out there.