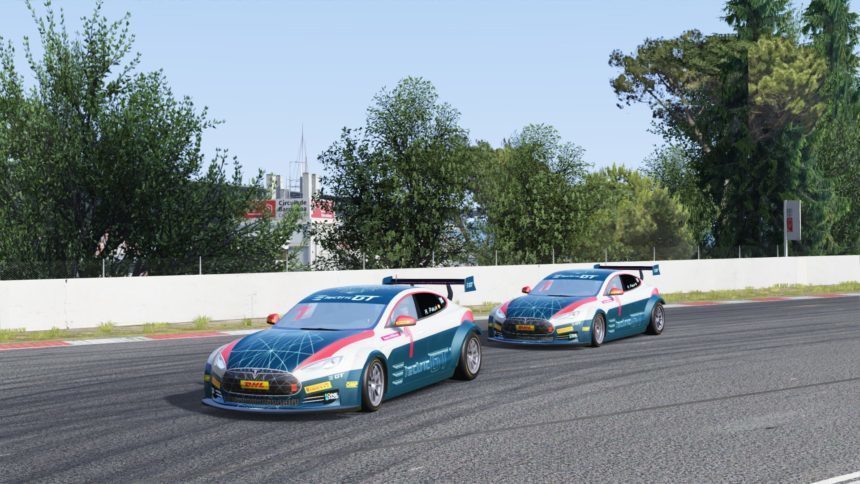 UPDATE: Stefano Casillo of Kunos Simulazioni debunked the rumors of this car’s inclusion in Assetto Corsa (at least in an official capacity) on Twitter. In response to the trailer, Casillo said “we have no involvement in this at this stage. No idea about what they mean about the console thing.” The original article remains below. Thanks to GTPlanet member Wiz for pointing this out.

If one early surprise wasn’t enough already, there appears to be more in store for Assetto Corsa this year. The Electric GT YouTube channel has let it slip that Tesla’s Model S EGT contender may be inbound.

For those unaware, the Electric GT Championship is a zero-emissions racing series. The inaugural race of the season kicks off this November with a double header at Circuit Paul Ricard. A one-make series at heart, drivers are fastened behind the wheel of a modified Tesla Model S.

While details are scarce, the series is already looking toward racing games. Perhaps this is where Assetto Corsa comes into play. Dubbed Virdual, the idea appears to center around racers going toe-to-toe with their virtual counterparts. Further details are likely to be shared leading up to the inaugural race later this year.

The above video offers a closer look for those remaining skeptical. At the 0:54 a track banner bearing the Kunos Simulazioni namesake is visible. At the end of the video you’re met with an interesting message, “Soon in your PC and Console.”

“Gaming is also something we’ve been increasingly looking into, as we want the EGT Championship to not just be an event you can go and watch, but a series that anyone can get involved with. I’m very excited for the next few months.”

This wouldn’t be the first time an all-electric racing machine has appeared in a racing game. The FIA Formula E series was prominently featured in Forza Motorsport 6 after a sole Renault debuted in Forza 5.

We’ll keep an eye on any further details but color us interested. For more on the Electric GT Championship, have a look at the series’ official website here.