It may still be a ways off, but that hasn’t stopped Project CARS 2 developer Slightly Mad Studios popping the cork on announcements regarding new additions to its upcoming racer.

The latest inductee, the McLaren 720S, was only just unveiled at the 2017 Geneva Motor Show and it’s already been confirmed for inclusion in Project CARS 2! The announcement was made via the official Project CARS Twitter account with the accompanying short video teaser above.

McLaren’s latest creation boasts 710 hp, thanks to an enlarged version of the family V8, dubbed M480T. In addition to more power, the car is also lighter than the 650S it replaces. The 720S is of course blisteringly quick, with a 0-60 time of 2.8 seconds and a top speed of 212 mph.

The car is certainly eye catching — but it primarily looks this way because it’s been specifically designed to offer substantial gains in cooling and aerodynamic efficiency. Combine this with a ton of tech underneath the shell (and some gull-wing doors) and you have yourself the perfect car to throw around a track in the upcoming Project CARS 2. 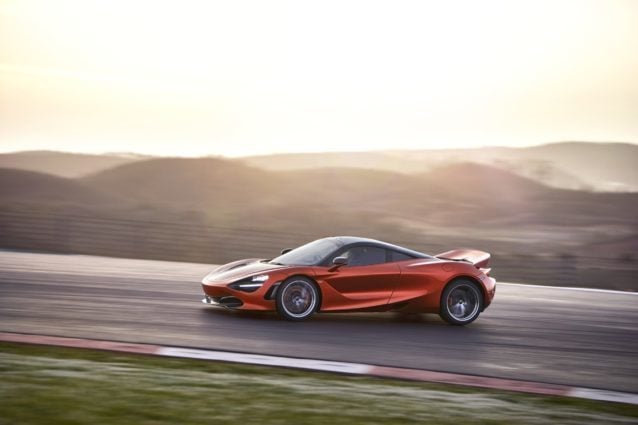 The 720S is the latest edition to McLaren’s core range of vehicles, referred to as the “Super Series”. Previous cars in this range included the 12C, 650S and 675LT. This range sits below the “Ultimate Series” where you’ll find the P1 (and its GTR variant) and above the “Sports Series” where the entry-level vehicles are placed. McLaren CEO Mike Flewitt explains:

“Super Series is the core of the McLaren business and personifies the blend of extreme performance, crafted luxury and unparalleled driver involvement that is the McLaren heartland. This is the first time we have replaced a product family and the new 720S is absolutely true to McLaren’s pioneering spirit in being a revolutionary leap forwards, both for our brand and the supercar segment.”

The news comes as the wraps finally came off the Fittipaldi EF7 Vision Gran Turismo at Geneva after weeks of teases and speculation. The car has also been confirmed as an addition in the upcoming Gran Turismo Sport.

Another racing game with a debut appearance is Forza Horizon 3. The Tamo Racemo, a new Indian sports car, is now available for free in the open world racer.

The development team behind Project CARS 2 has been very active in our forums as of late. Series producer Ian Bell and the man voicing the in-game spotter The_American have been answering questions from the GTPlanet community, thus revealing many exciting details about the game, most recently confirming manual pit stops and multi-class racing.

An earlier leak for Project CARS 2 revealed a variety of vehicles, including Porsches. The 720S will join a lineup of over 170 cars and 60+ tracks when the game is unleashed — possibly around “Septemberish“.

Just in case it wasn’t yet clear: 2017 is shaping up to be a cracker of a year for racing games!

Projects CARS 2 is scheduled to launch later this year on PlayStation 4, Xbox One, and PC.