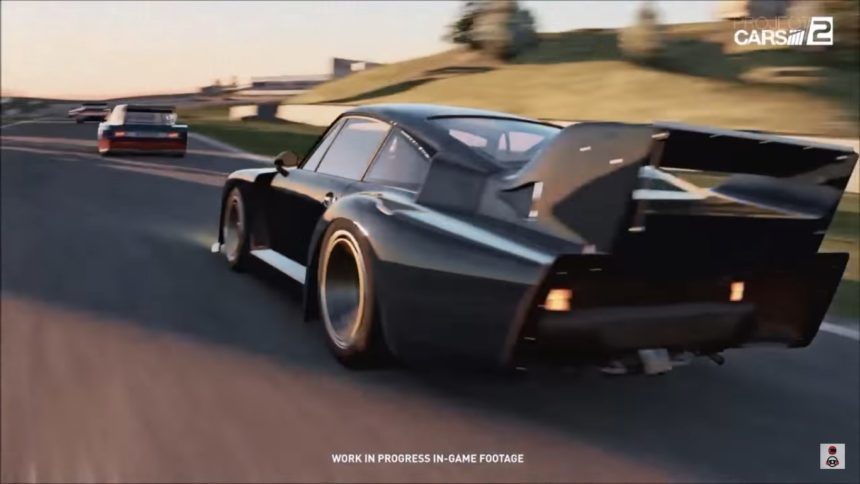 We’ll call this a surprising start to the week: Youtube user Vortlas SimRacing has uploaded a never-before-seen unofficial trailer for Slightly Mad Studios’ Project CARS 2. While we must stress the unofficial aspect—nothing has been confirmed by SMS at this point—this is the first footage we’ve seen of the game that is scheduled to release in 2017, and there is a lot to digest.

The trailer (starting at 0:55) kicks off with studio beauty shots of the new Ford GT and McLaren P1 GTR, then fades away and shows what appears to be a Scottish road outside Glencoe village. Next, we’re whisked away to a northern, snow-covered test track, with a new Mercedes-AMG C63 Coupe snaking around the white stuff.

The trailer goes on to highlight the rather impressive looking dynamic time of day and weather system that will be implemented in the game (a feature that will be absent from Gran Turismo Sport). Project CARS 2 looks to go the extra mile, simulating seasonal changes as well. The system appears to have the ability to generate water puddles over time when it’s raining, which will make track evolution a challenging factor for endurance racing.

The full list of new-to-franchise cars spotted so far:

The game definitely appears to be casting a wider net in terms of vehicles, including not only Rallycross-spec cars, but full on trucks in the case of the Raptor. Ferrari’s absence in the original game has been addressed, and the Ford GT’s inclusion should erase concerns over any possible exclusivity deal with Turn 10/Microsoft.

The biggest reveal is arguably Porsche, with one of the later K3 evolution models of the 935 spotted briefly in the trailer. Then again, with earlier hints from SMS CEO Ian Bell about Porsche’s inclusion, maybe we shouldn’t be too surprised.

In terms of tracks, the Rallycross events appear to take place in Hell, Norway. The evil-sounding location has become a popular one in the genre lately, after featuring in both Sebastien Loeb Rally EVO and DiRT Rally last year.

Despite being work-in-progress footage—supposedly months old, no less—the game looks visually stunning, offering an apparent step up from its predecessor. This alongside the inclusion of more racing disciplines has us really excited for the finished product.

Have you seen anything that we missed in the trailer? What impressed you the most? Let us know and as always stay tuned for more Project CARS 2 news.

Project CARS is expected to release later in 2017 on PlayStation 4, Xbox One, and PC.

LeakPorscheProject CARS 2 Car List
103 Comments Discuss this post in our forums...
Test Your Badge Knowledge With Our Car Logo Quiz