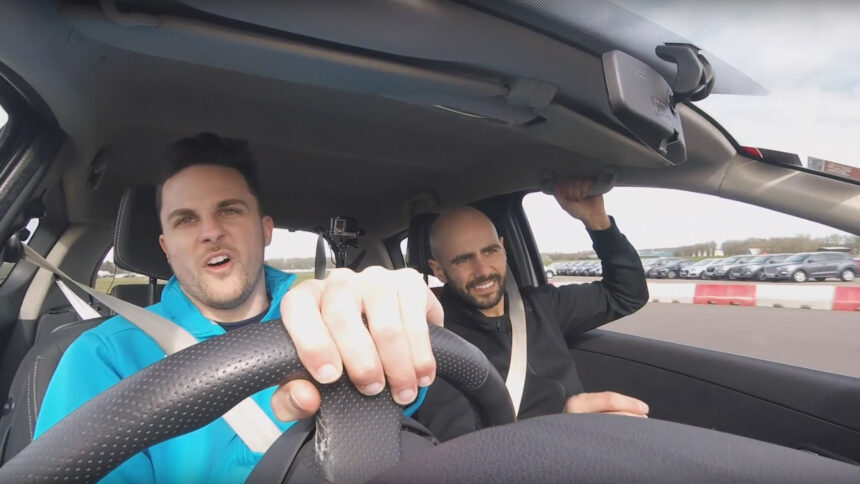 You may recall that earlier in the year Tom Brooks — the voice of Gran Turismo — has decided to try his hand at becoming a racing driver, and film the process.

The documentary series, called “Make Me a Racing Driver”, kicked off in March with at attempt at amateur motorsport. Brooks, who not only commentates at live events but provides the voice-overs for official GT Sport videos in game, went for an arrive-and-drive package at rallycross, at the Lydden Hill track in his native Kent, UK.

As you’ll have seen in the first episode in the series, his stint in the Citroen C2 did not entirely go to plan, and the little French hatchback left Kent a slightly different shape than it had arrived.

For the second episode, Tom goes back to basics with professional factory Mercedes GT3 racing driver Adam Christodoulou. The duo head to Bruntingthorpe, an airfield in Leicestershire, UK, with a large paved area suited for vehicle testing, driver training and high-speed runs.

With a Renault Sport Clio 197 as the training car, Christodoulou provides some tips and lessons that any novice or budding racing driver could benefit from. This even starts before Brooks turns a wheel, making sure that the seating position is right in order to provide proper leverage for steering.

You’ll have to watch the whole thing to see how Tom fares, and what Adam’s assessment is, but there’s a ton of useful advice in here that applies whether you’ve considered going racing yourself or you’re driving on the public roads. However, if you have a sensitive disposition towards cones, we’d advise some viewer caution…

Tom Brooks
-1 Comments Discuss this post in our forums...
Test Your Badge Knowledge With Our Car Logo Quiz

Site Announcements 133 Jan 26 by Jordan Greer
As a 14-year-old, I was fascinated by the internet and wanted to create a website for my favorite video game: Gran Turismo 2. Today, that little website is now 20…