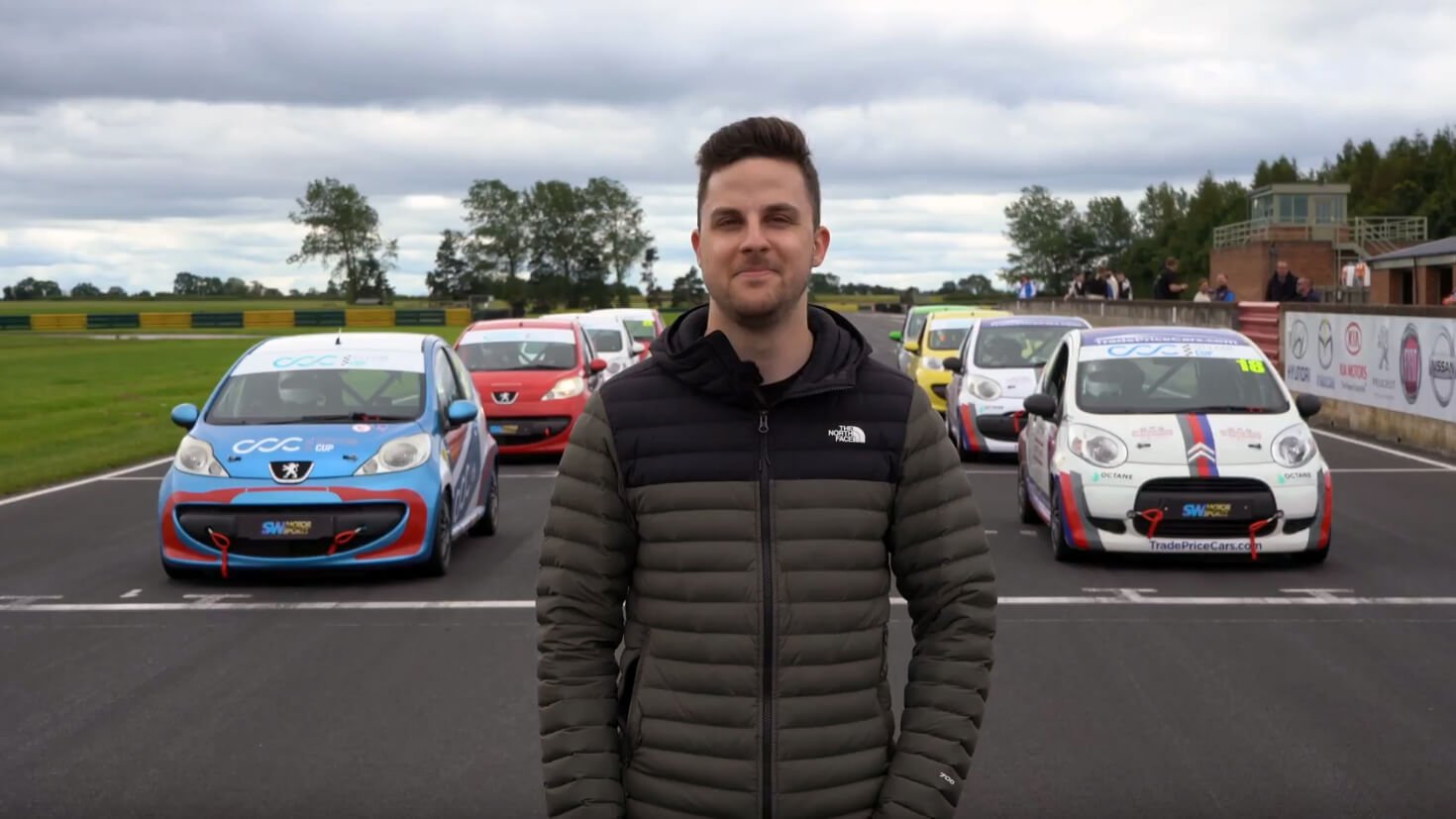 As you’ll have seen recently, official Gran Turismo commentator Tom Brooks is taking the plunge. He’ll still be commentating on races, but he wants to try his hand at doing them as well. To chronicle his journey from sound booth to race track, he’s taking a camera along and filming a documentary series called “Make Me a Racing Driver”.

The first episode saw Tom dive headfirst into it and have a go at rallycross. His rented Citroen C2 did not entirely come out of the experience the same shape as it went into it, so for the second he enlisted the help of professional racing driver Adam Christodoulou.

Adam gave Tom some driving tuition, covering everything from the seating positions to lines. After a day at Bruntingthorpe, Tom’s lap times in the Renault Sport Clio 197 had markedly improved. Though his disposition towards cones had not.

This week Tom finds himself behind the wheel of yet more French machinery, as he heads to North Yorkshire’s Croft Circuit. Croft is one of the UK’s best-known racing circuits, and hosts a round of the British Touring Car Championship every year. Its location means its often subject to some pretty wild weather conditions, and a downpour in 2017 lead to a major, multi-car accident which saw three drivers hospitalized.

Croft isn’t a track to be taken lightly then, but fortunately Tom is moving at a relatively low pace. This week he’s testing out cars in a new, low-budget racing series set to debut as a standalone event in 2021. It’s called the City Car Cup, and you can pick up an eligible car for just £7,000 ($8,900).

The cars in question are first-generation models of the Citroen C1, Peugeot 107, and Toyota Aygo. These three vehicles all share identical underpinnings, with some light exterior differences to set them apart. The one-liter engines have a mild remap and sports exhaust, and custom Gaz suspension with Powerflex bushings make for more of a race car feel. It’s essentially an early career mode event from Gran Turismo, made real.

Tom’s day at Croft was less about raw lap times and more about running some racing laps with some of the drivers who might take part in the series, as part of a media day. Potential drivers include some from the BTCC grid, used to far more powerful machines. That should make for quite the spectacle when the City Car Cup gets underway.

To see how Tom got on, you can watch the video below: