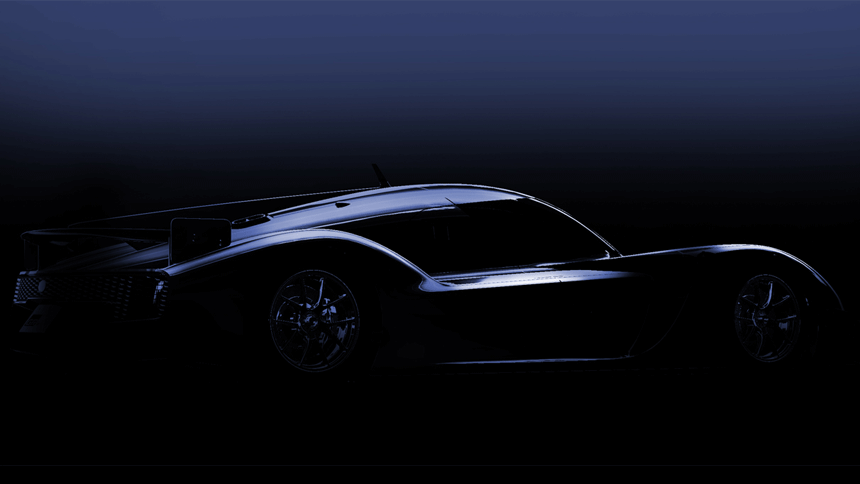 The newest sub-brand from Toyota, Gazoo Racing, is bringing an interesting concept car to the Tokyo Auto Salon next month.

Dubbed “GR Super Sport”, it’s car that Gazoo says will combine the knowledge from all of Toyota’s motorsport disciplines into one car. Gazoo Racing drew upon technology from World Rally Championship and World Endurance Championship cars. The result looks more like a Le Mans LMP1 than a rally car though.

With its sweeping rear end and low profile, the GR Super Sport captures the essence of a prototype. One look at the teaser image and you can see it’d fit perfectly flying down the Mulsanne Straight.

This isn’t the first time Toyota has tried its hand at a racecar for the road either. In the late 90s it built two examples of a road-going TS020 GT-One in order to comply with the rather flimsy homologation rules of the time. The silhouette of the GR Super Sport certainly seems to owe something to the GT-One as well.

There’s no indication the GR Super Sport will ever see a track though. However, the car does seem to set the tone for the TS050 Hybrid replacement. The LMP1 category is currently up in the air following multiple manufacturer withdrawals, but Toyota is still pushing forward with its racing program.

Unfortunately, the image doesn’t give any hints for what might be powering the GR Super Sport. It may not be too different from the TS050’s twin-turbo V6 petrol-electric hybrid.

Whatever powers the GR Super Sport, it’s bound to be more dramatic than other road-going models from Gazoo. When we first told you about the newest performance division back in September, we noted that the performance was missing.

We’ll know more in a few weeks’ time when the Tokyo Auto Salon kicks off on January 12.

Gazoo RacingToyota
93 Comments Discuss this post in our forums...
Test Your Badge Knowledge With Our Car Logo Quiz