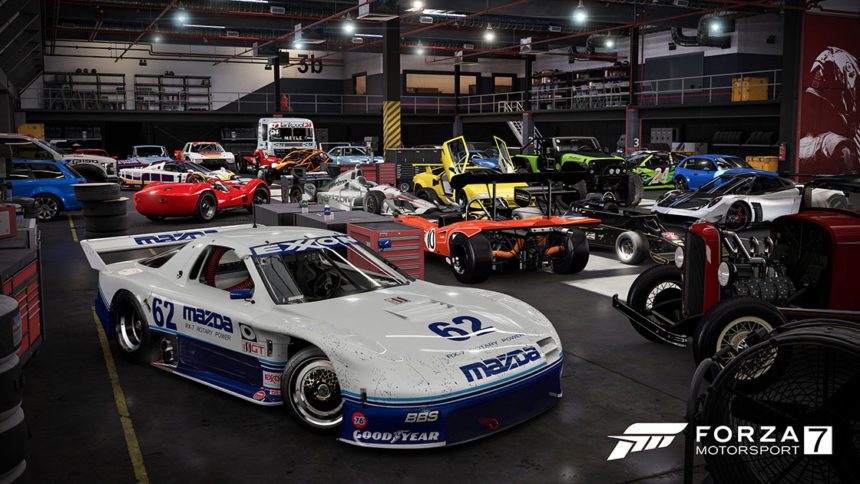 With ten days until early access starts, Turn 10 has opened the floodgates for Forza Motorsport 7. Up first we have a look at the completely revamped career mode.

The video comes to us courtesy of IGN. It’s a far more cinematic approach to the series’ offline career. After players select their avatar’s gender, a voiceover introduction explains the “Forza Drivers Cup”. Basically, it’s the fictional sanctioning body that all career races are a part of.

The first race is in the cover star, the 2018 Porsche 911 GT2 RS. Players assume the role of Michael Müller in this introductory race. The quick exhibition event takes place on the new Jebel Hafeet circuit in Abu Dhabi. Fun fact: Müller is actually the boss of Porsche Saudi Arabia, located just south of the UAE.

While it isn’t shown in the video, we can confirm that mercifully, Turn 10 allows all aids to be turned off in this intro race.

After wrapping up on the mountain, players arrive at Mugello. Now taking on the role of Maria Rossi — yes, the Rossi that’s proved a pain as AI all these years — you’ll be in the lumbering Mercedes Racing Truck. The beast first appeared in FM6’s Turn 10 Select DLC pack, and has remained a favorite amongst our team here.

Lastly, players become Ukyo Takagi to wrangle the Super GT Nissan GT-R around Suzuka. This race gives us our first taste of the dynamic weather in FM7. While it isn’t available on all tracks, it certainly looks good here. Suzuka was last seen last generation, in Forza 4.

We’d like to have a chat with the sanctioning body in FM7 to figure out how a much faster Super GT car is paired off with GTE-spec machines, though.

If all of this sounds familiar, it should: these are more or less the races that we had access to during our E3 hands-on time with the game in June. It’s also the trio of races players can expect from the demo that will arrive later today. The main difference is the change from Nürburgring to Suzuka in the final race.

Forza Motorsport 7 Gameplay
13 Comments Discuss this post in our forums...
Can You Beat the Impossible Gran Turismo Quiz?