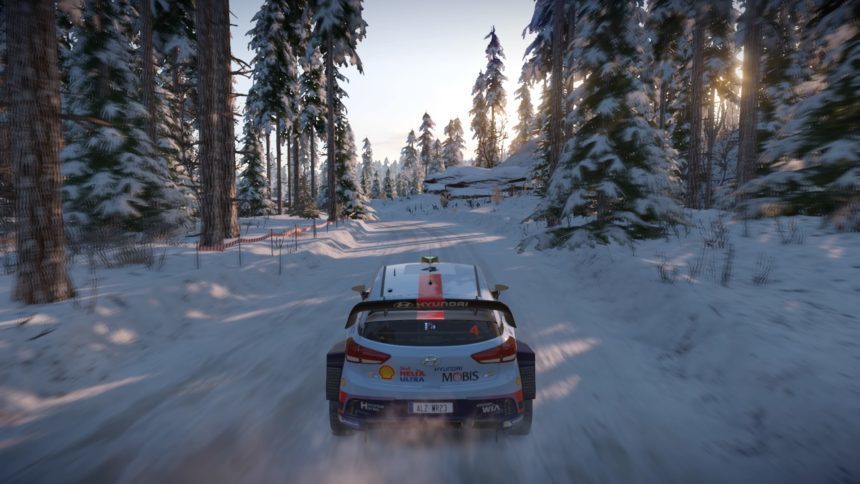 WRC Esports Championship Round 3 Recap: Taming The Elements in Sweden

Isn’t snow delightful? Fluffy, soft and amazing to look at. This article isn’t about the merits of snow but rather the absolute hell it poses to rally drivers. Rally Sweden isn’t quite as menacing as something like Monte Carlo (I’m still bitter) but lose concentration and it’s certainly a threat. Let’s assess how my third round in the WRC Esports Championship went down.

A recurring trend so far in my championship run is that I don’t seem to perform fantastically on the shorter stages. In both rounds, I’m finding that my epic stage run is where time is made up, after disappointing in the sprints. In Sweden, this continued to be the case.

That doesn’t mean that I didn’t have fun at Karlstad. By far the quickest first stage to date, the looping turns and fun chicanes make for great fun. There’s even a ramp with flamethrowers — yep, you read that correctly. I felt reasonably quick on both laps but even the smallest mistake is costly on a super special stage. A few widely taken corners and a botched handbrake turn pushed me down the rankings. The same old story retells itself as I had to make up for it in stage 2.

The WRC’s Knon stage is a lot less intimidating than you’d initially think. Given that it is covered in snow, you’d expect the stage to be a slide-heavy affair much like Monte Carlo. This is far from the case in all honesty.

Knon is a fast track with many wide roads littered with snow walls, banks and everything in between. To set a fast time here, it’s pretty much mandatory to put the foot down wherever you can. This was partly why I switched to the Hyundai for this round. It seems to have an edge over the Yaris in terms of acceleration and I didn’t want to waste any time after an average first stage.

This change appears to have made quite a difference too. After I made my official run in the Championship, I tackled the stage in the Yaris on practice mode. Despite a much cleaner run I was slower than how I performed in the Esports championship. If anything, this just made me ponder how well I could have placed if it weren’t for a few mistakes.

These errors where usually overcooking a selection of corners but the biggest fumble came in the final sector, annoyingly. Coming to a 90-degree turn from a huge straight, I slammed the handbrake turn with a bit too much gallus and the car simply slid on the snowy surface and plowed into the forest. An embarrassing moment but thankfully the out-of-bounds detector let me off with the mistake and I simply returned to the track. Despite a comfortable drive on the most part, I had made a pretty large mistake after nine minutes of driving.

This performance at Knon helped push me up the table, coming in with a final leaderboard position of 264th on PlayStation 4. My woes on snowy tracks continue to a thorn in my side. That being said, a trip to Mexico awaits in the next round and I’m confident of pushing into the top 200.

The final results for round 3 can be viewed right here. Due to worries around suspected foul play, results for Sweden are subject to change.

Fancy giving the championship a go? Check out our review of WRC 7 to see our full impressions.