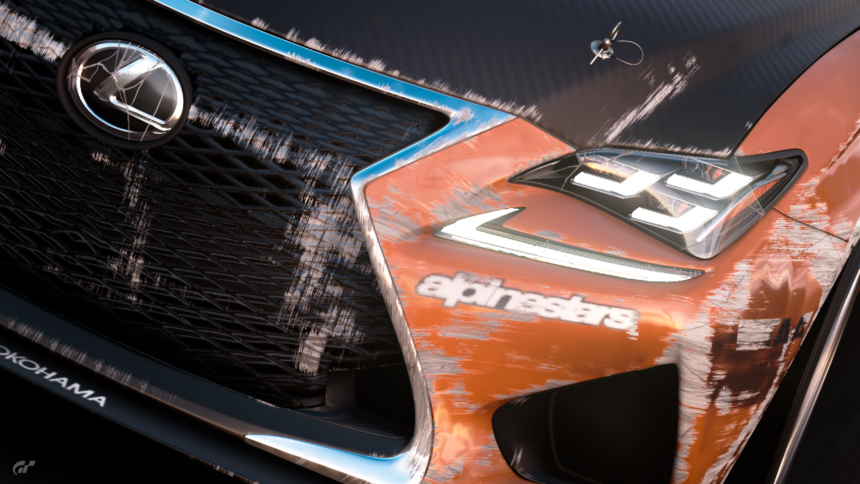 A Look at The Visual Damage in GT Sport

This week’s GT Sport demo has confirmed that visual damage exists within the game. Players have spotted the cosmetic deformities that can happen to cars during collisions in gameplay. It’s existence hasn’t been outright shown by Polyphony Digital in promotional footage but many images and videos prove it does indeed exist.

Firstly, a small clip of a race on Bathurst clearly shows some form of deformation located just under one of the rear brake lights. The Mercedes-Benz picked up the battle scar from a collision with another racer on the Australian circuit.

Another good example of what the cosmetic damage model is capable of is shown in a close-up photo of the Volkswagen Golf GTi. The most interesting aspect of this image is the cracked headlight, which indicates a nuanced approach to car damage. 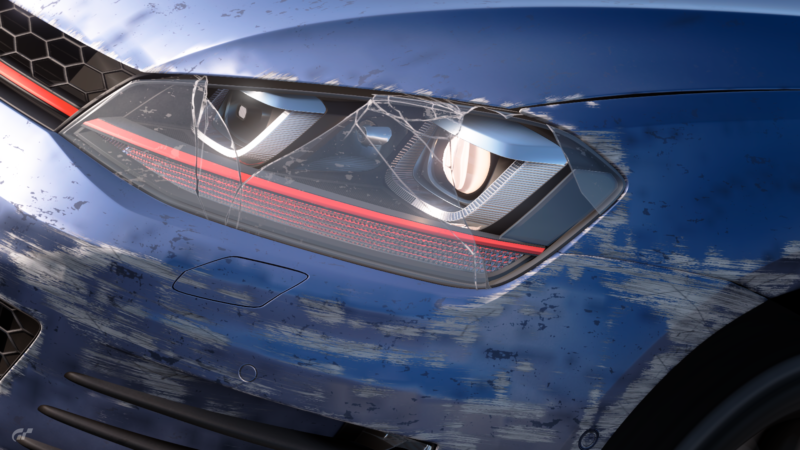 The level of detail is higher than most of what we’ve seen previously in GT. Cracks and scratches look organic and unique to the vehicle, even down to this tiny level of detail. Most players wouldn’t actually notice damage on the headlight to this degree but Polyphony’s attention to detail shines through.

The final example we’ll look at in this article is a comical clip from a race at Willow Springs. The Californian circuit has hosted some close racing in the past but perhaps this is…too close. A huge pile-up forms on the exit of a corner and gives us a look at a damaged GT-R in front of the replay-focused driver.

As a result of the crash, the Nissan’s rear-end gets damaged. Deformation is visible just like the Mercedes example above. Given the severity of the collision, we’d expect to see a bit more damage but the minor warping of the car is still evidence of cosmetic damage.

Mechanical damage is also available in the demo, but you’ve got to look for it. As pointed out by TrevorPhillips in our forums, it is an option that you can adjust from “Light” to “Heavy”. 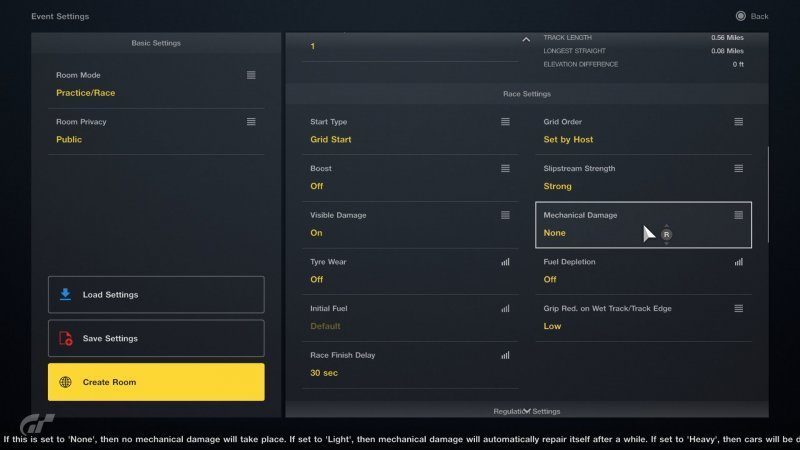 We’ll cover more of the damage options in GT Sport — and how they affect your car’s performance — in our upcoming review of the game. Stay tuned!

Hat tip to CoolColJ and RaY29rus for sharing the above captures.

Damage
28 Comments Discuss this post in our forums...
Test Your Badge Knowledge With Our Car Logo Quiz

Gran Turismo Sport 832 May 3 by Andrew Evans
There’s a new set of GT Sport Daily Races starting today, with three new events for players to get to grips with over the next seven days. Each of this…

Gran Turismo Sport 21 Apr 29 by Andrew Evans
Goodwood, one of the UK’s best-known automotive culture hotspots, is offering a pretty special prize bundle for an online competition in Gran Turismo Sport. Prizes include tickets for the 2022…