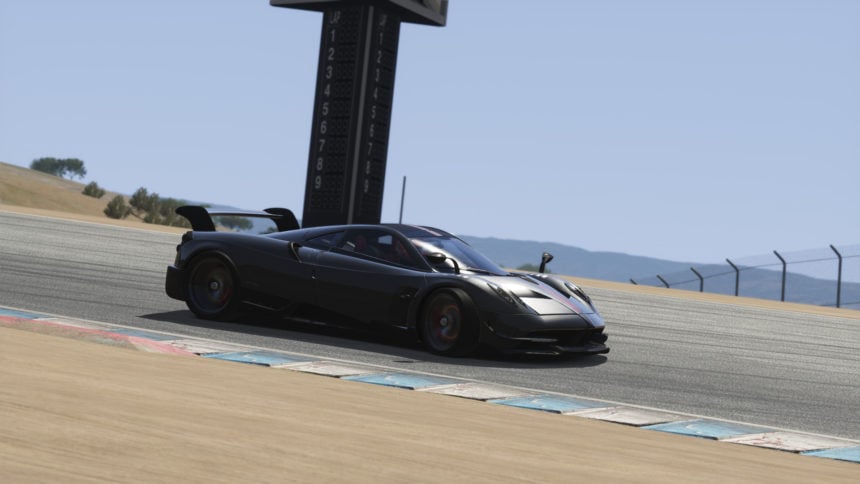 Throughout the week we’ve had a go at five of the seven vehicles, putting each through their paces. If you happened to miss the earlier test drive videos and want to catch up, look no further than down below.

We’re back for the series finale and it’s safe to say we saved the best for last.

At the onset one would expect the Huracan Performante to be definitive Lamborghini of the group. It has everything going for it and it performs a series of one-two punches through every corner. In a word, it’s infallible.

Enter the Sesto Elemento. Debuted at the Paris Motor Show in 2010, the car is an anomaly. Let’s do a quick comparison of the two bulls. The Performante puts down a whopping 630 horses, whereas the Sesto only makes use of 570.

That’s a 60hp deficit between the two. What the Sesto Elemento lacks in horsepower, it makes up for in weight-savings. It tips the scale at a comfortable 999kg — that’s 2,202lb. To put this into perspective, this is a 570hp, V10-powered torpedo closing in on the weight of a Lotus Elise.

Its performance is unquestionable from the moment it violently propels itself forward. The vehicle’s light weight comes into play through every corner as the rear end begs to step out. From the raw engine note to its vicious gear changes, the Sesto has an attitude problem. Unfortunately for you, no pep-talk is going to change that so you better get used to it.

There’s a surprising level of grip while carrying speed through corners. Even more surprising is its immediacy: there are no hangups or drawbacks in anything it does. It’s easy enough to command, but this is one angry little hypercar. Frankly, we wouldn’t have it any other way.

If there were one word to describe the BC it would be tempermental; emphasis on “mental”. This is a no-nonsense hypercar, and right from jump street it makes one thing clear: you’re not in control, it is.

That isn’t to say there’s little driver involvement, in fact it’s quite the opposite. The BC has a singular focus of dominating the track and trying to kill you if you mistake its speed for kindness. With driver assists disabled, the hardcore Huayra is, in a word, thrilling.

There wasn’t a single moment in our time behind the wheel where the BC didn’t want to step outward. There’s no safeguard in place when the car jolts back and forth trying to find grip. With a twin-turbocharged V12 sending 745hp to the rear wheels, what did you expect?

Much to our surprise, even with assists enabled the car doesn’t change much. Sure, you’ll be able to push harder without the rear wheels giving way, but you sacrifice that little bit of its personality. Having said that, be aware that isn’t going to stop the rear end from trying to break free.

Leave it to its own devices and the BC is more straightforward than you’ll be willing to accept. Take it slow through the corners, build up speed, and the car is a delight to drive. Should you decide to be brazen and push it, it won’t waste any time showing you who’s boss.

Spoiler alert: it isn’t you.