After a lengthy trial of patience, PlayStation 4 players will be the first to have access to the third and final Porsche Pack for Assetto Corsa. Arriving alongside the final volume is update 1.12 for the game, adding 40 new special events in addition to the following racing machines (and sports cars) from the German marque:

As revealed last week, players will have access to an eighth bonus car in the form of the Macan Turbo luxury crossover, at no additional cost. While the 911 RSR continues to elude the game for both console and PC racers alike, it will be included for owners of today’s pack with no added expense. 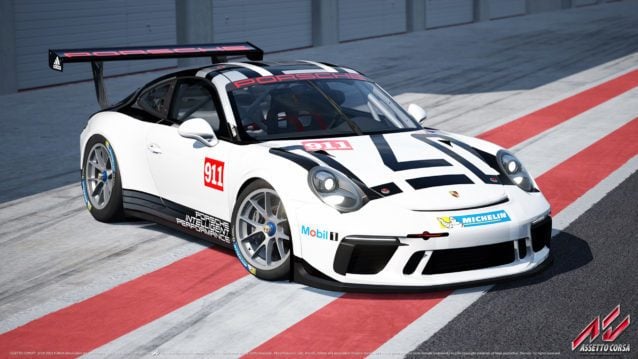 Xbox One owners will continue to play the waiting game, though only for a few more hours: both the final Porsche Pack and update 1.12 will be available tomorrow, February 14. As a celebration of the Porsche brand, we find the date (pun intended) to be fitting.

Unfortunately, neither Private Lobbies or the Custom Championship features have been included in the update meaning the wealth of new Special Events will have to tide players over until their eventual arrival, which hopefully isn’t much further away.

Porsche Pack 3 is now available on the PlayStation Store for $6.99 USD. The full change log can be found below the gallery.