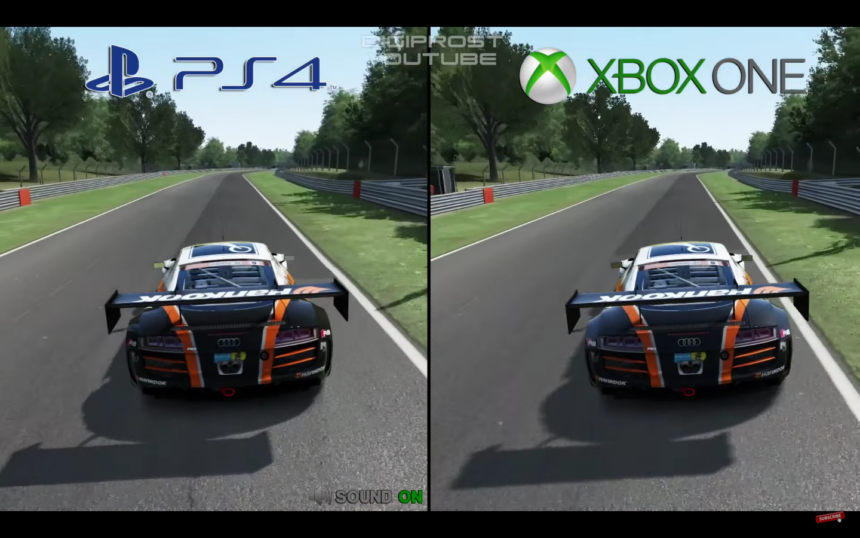 Assetto Corsa has landed on consoles today (at least, in Europe and the UK). Players on both the PlayStation 4 and Xbox One will get to enjoy the title before it launches in North America this coming Tuesday. If you happen to own both consoles, the video above should help you decide which one to opt for.

Youtube channel DigiProst has prepared an interesting presentation showing the differences between PS4 and Xbox One versions of Assetto Corsa. Or at least is trying to show them, as we couldn’t notice anything massively different graphically- or audio-related! Sharpen your senses and see if you can prove otherwise.

UPDATE: GTPlanet community member Nielsen helpfully reminded us down in the comments section that both consoles are running the 1.00 version of the game in the video. With the title now available to the public, an update has been pushed live that makes numerous small improvements to the graphics, such as added backfire.

Whether you’re settling in to play the game yourself on either system, or you’re still undecided on whether to pick Assetto Corsa up, we’ve got you covered:

Stay tuned to GTPlanet for even more news on Assetto Corsa.

Audi R8Brands HatchKunos SimulazioniPlayStationXbox One
The original comments for this post are no longer available.
Can You Beat the Impossible Gran Turismo Quiz?