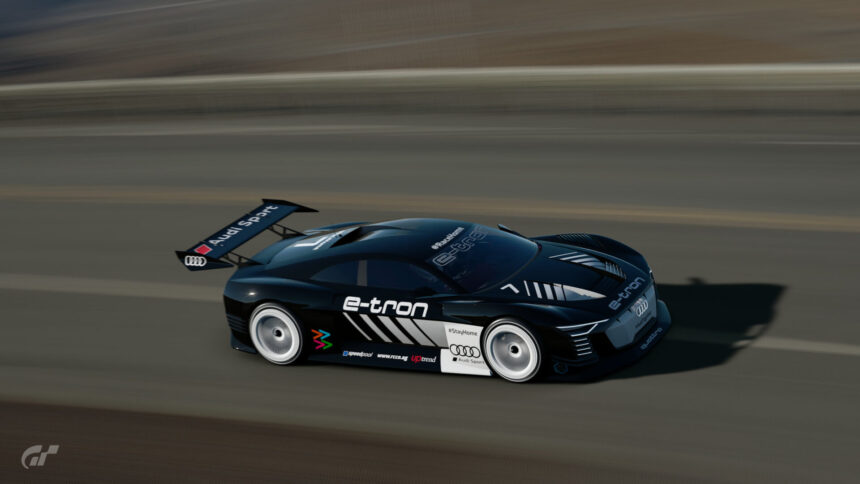 The one-off events are coming thick and fast in GT Sport, with Audi revealing its second this month. This new Audi e-tron Vision Gran Turismo Challenge is part of the brand’s #RaceHome campaign, which it’s running both to keep its professional drivers and its fans busy while much of the world is cooped up at home.

Like the Red Bull Beat the Pro event announced only a couple of days ago, this challenge is only available to users in Japan. That means that anyone with a Japanese PSN account can take part, but only those resident in Japan are eligible for the competition prizes.

This event is a simple time trial, which you can find in the Time Trial section of GT Sport. It’ll run from May 1 through to May 15, and features, as a provided vehicle, the Audi e-tron Vision Gran Turismo. Audi’s Vision GT is one of an extremely small number of VGT cars that actually made it to the real world, as Audi built one real example to give passenger rides for VIPs at Formula E events. 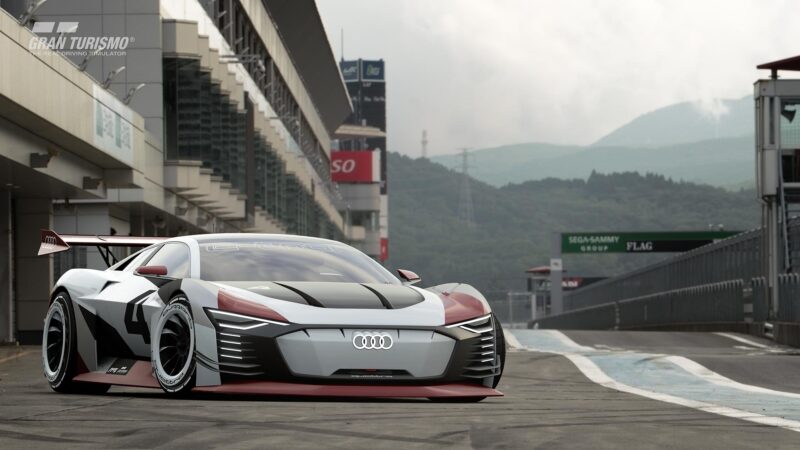 All you need to do is set the fastest time you can around Japan’s Fuji Speedway. It’s not clear in the event regulations whether this is the version with the Dunlop Chicane or not, though it seems likely that it will be as it doesn’t bear the “Short” identifier.

The prize for the top time overall is a circuit experience day, with coaching from a professional Audi Sport driver. If you don’t hold a driving license, or are too young to, there’ll be passenger rides with a pro driver instead.

In addition, all who participate will win an in-game Audi e-tron Vision Gran Turismo car — which they could use to design liveries for Audi’s #RaceHome livery editor competition.

Audi
6 Comments Discuss this post in our forums...
Test Your Badge Knowledge With Our Car Logo Quiz

Gran Turismo Sport 707 Apr 5 by Andrew Evans
There’s a fresh set of GT Sport Daily Races now available, with players taking race cars — albeit in name alone in one case — to three of the game’s…