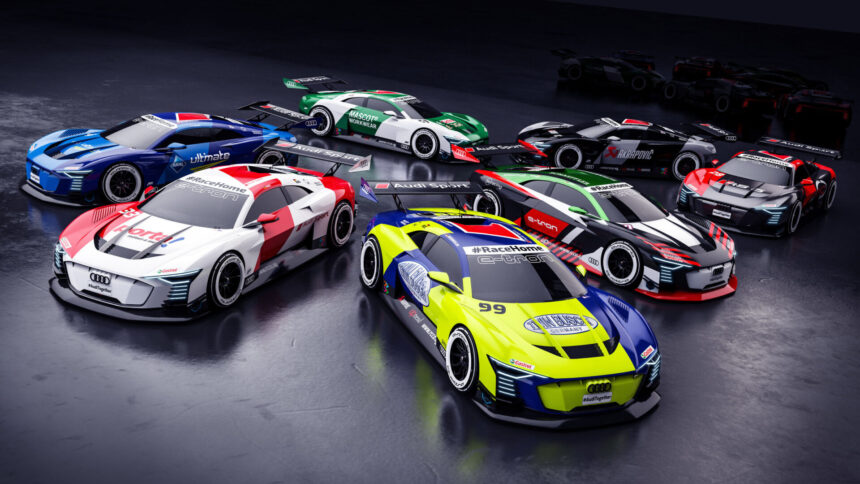 Audi’s factory DTM drivers have launched another esports initiative, with an unusual twist. Members of the public can gain a spot on the grid each week, not by playing but by painting.

Going under the name “#RaceHome”, the series will involve the six factory DTM drivers — Loic Duval, Robin Frijns, Jamie Green, Nico Muller, Rene Rast, and Mike Rockenfeller — and use Gran Turismo Sport. The hextet has chosen GT Sport for two reasons. It’s the only game to feature the fully electric Audi e-tron Vision Gran Turismo, and you can design liveries for it.

That’s where players come in. Each week there’s a spot available for the best Audi e-tron Vision Gran Turismo livery, as judged by the six drivers themselves. All you have to do is create your livery and share it online; it’s not wholly clear what platform Audi will use, but if you publish a design with the #RaceHome, #AudiTogether, and #WeStayHome hashtags across social media, chances are it’ll catch the drivers’ eyes. 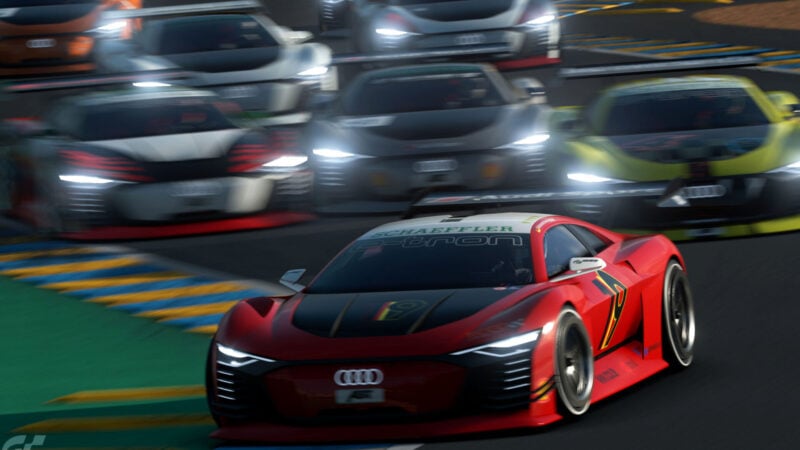 The goal of #RaceHome is to support colleagues in the motorsport industry during these uncertain times. While no-one can get out on track and race cars, there’s a large number of people who are losing out on income and livelihood. That includes people like freelance motorsport photographers and other personnel, along with motorsport-based charities such as like Mission Motorsport.

This means that, if you win your place on the grid, you won’t just be racing the six Audi DTM drivers. Other drivers will be able to bid for a spot in the starting line-up each race, and all donations will go towards charity projects within motorsport.

“We are deliberately going our own way: #RaceHome is focusing on sports cars with electric drive and is therefore in line with Audi’s focus topic in the change of mobility. We have decided on a console game because we can reach a particularly large community in this way. There are many freelancers in motorsport who have lost their income from one day to the next and are fearing for their own existence, that’s why it will be possible to bid for a spot on the grid every week.”

The full schedule for the #RaceHome program hasn’t been announced yet, but the first race is next Tuesday, April 21, at 1800 UTC. All races will be streamed live on the Vision RCCO Twitch channel:

AudiGT Sport Livery Editor
27 Comments Discuss this post in our forums...
Test Your Badge Knowledge With Our Car Logo Quiz

Gran Turismo Sport 3793 Apr 14 by Andrew Evans
With a week to go until the racing action gets underway, Polyphony Digital has announced the full schedule for the first round of this season’s FIA Gran Turismo Online Championship.…

Gran Turismo Sport 3793 Apr 5 by Andrew Evans
As well as announcing the new format for the 2021 season of the FIA Certified Gran Turismo Online Championship, Polyphony Digital has also revealed the largest expansion in eligible players…

Gran Turismo Sport 3793 Apr 5 by Andrew Evans
Kazunori Yamauchi has taken to the PlayStation Blog to announce a new-look format for the upcoming 2021 FIA Certified Gran Turismo Online Championship, the fourth season of the flagship esports…