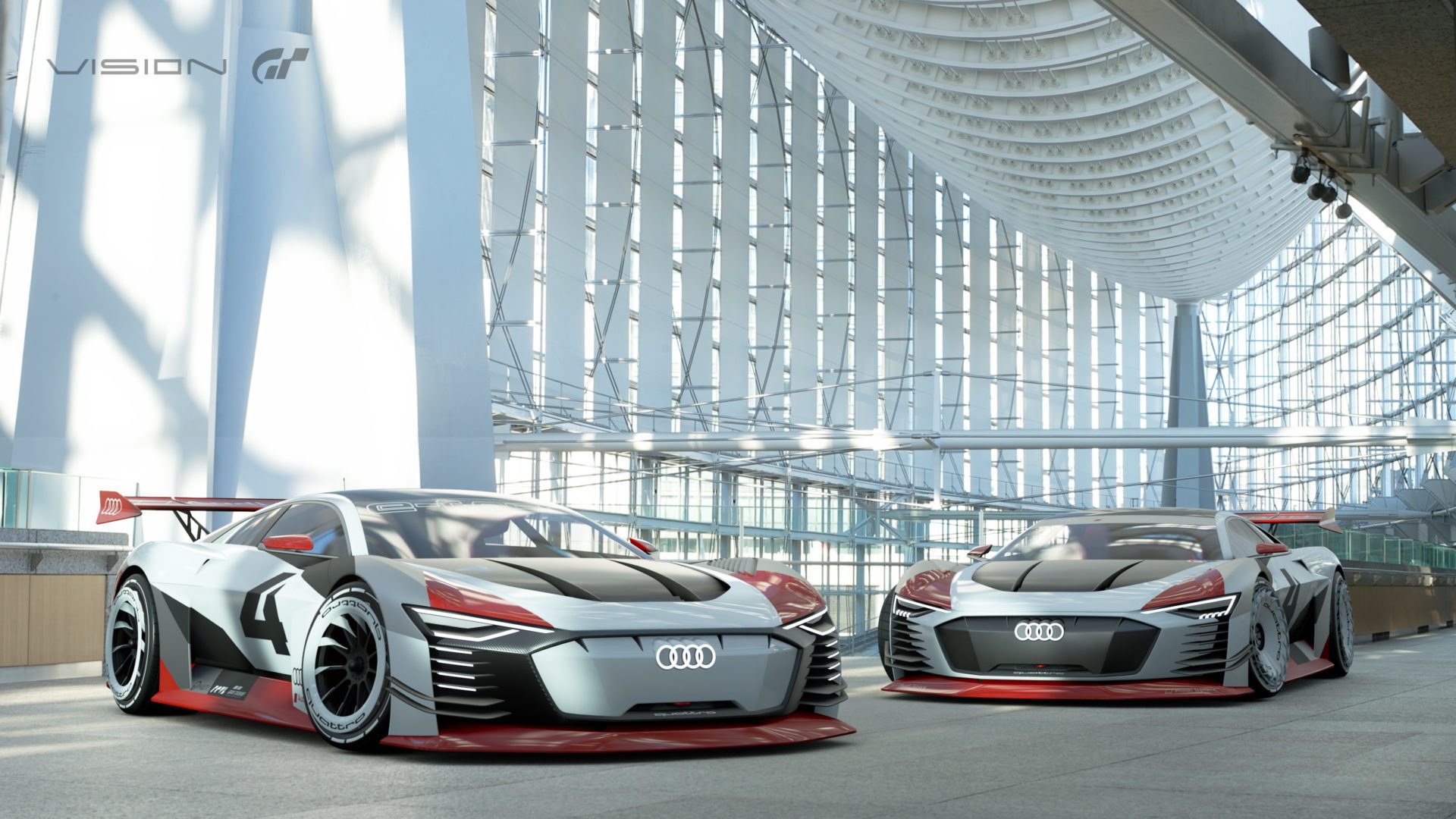 Now that the unusually timed maintenance period is over, Sony has released the v1.17 update for GT Sport.

The primary function, as you may know, is to bring the Audi Vision GT to the game. Audi revealed this car as a live, working vehicle in an event in Germany at the same time as Polyphony Digital revealed the virtual version. Unexpectedly, the update adds two versions of the car: an electric e-tron just like the real car; and a hybrid model.

Both vehicles will become available to purchase in the Vision GT section of Audi’s page in Brand Central. The electric car is a Gr.X model, like most Vision GTs, while the hybrid fits into Gr.1. This puts it up against cars like the Porsche 919 Hybrid and Toyota TS050. Both will set you back a cool 1,000,000cr.

Otherwise the update is relatively light. There’s a fix for an issue with Transmission Mode of the game’s background music, and another for a default reset issue with steering controllers.

The patch notes read as follows:

2. Steering Controller
– Corrected an issue where the force feedback maximum torque resets to default when exiting the game mode being played, after having changed the force feedback and center sensitivity from the driving options.

Other minor corrections and stability improvements have been made.

Keep an eye on our forums, particularly the Undocumented Changes thread, for further information on this update.