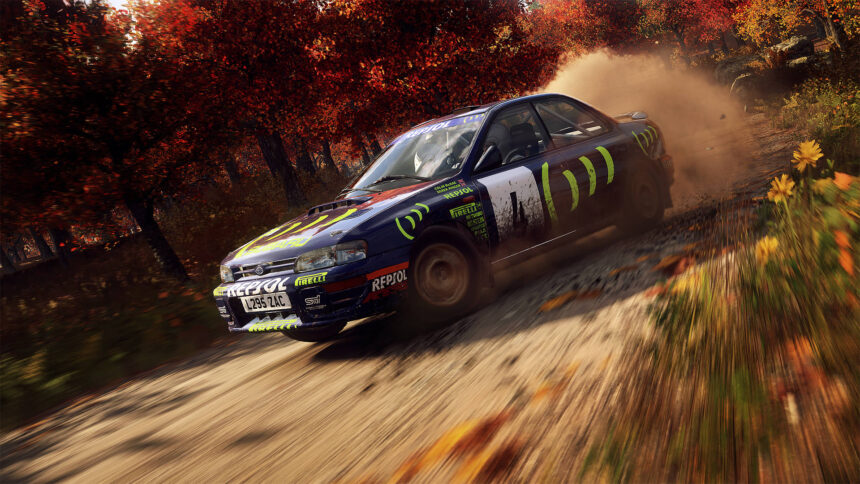 For nearly 15 years, we’ve been waiting for a rally sim to finally end the reign of Richard Burns Rally. 15 years speaks of the quality of the original product, but also the dearth of rally games that even attempted to take on the king.

There’s certainly not been a lack of rally games over the years. But, despite a plethora of rally titles, only one has made a serious attempt at taking it on: DiRT Rally.

While I said it in my first impressions article a couple of weeks back, I am a huge DiRT Rally fan. The car list was outstanding, the stage design quite brilliant, graphically immersive and some of the best sounds you’ll find in any driving game.

The cars were a real challenge, especially after the V2 physics update. However, there were a number of weaknesses, the weightlessness of the cars and the way downforce worked probably being the most glaring issues. Now that I’ve been able to drive DiRT Rally 2.0 on my own rig, I’m delighted to say all of that seems to have been fixed… and then some.

In my article on the Phil Price Rally School, one thing stood out in that experience – balancing the car on the throttle. Using that skill will serve you very well in DR 2.0.

The Datsun 240Z featured in the video was so reminiscent of my experience in the Phil Price Impreza. From the way I initiated a slide, to how I had to maintain it and keep forward momentum. Until you get into a straight line, you have to be spot on with your throttle application, or you will find yourself pointing the wrong way.

I’m not sure I can really give DiRT Rally 2.0 more praise than being able to directly compare it with a real-life experience. It feels like the input of Jon Armstrong, a real rally driver, has been listened to in great detail. It’s fair to say that it feels like way more than a simple refinement.

The fun doesn’t stop with the Datsun. Every single car I’ve driven so far has felt like several steps up compared to DiRT Rally. On loose surfaces, everything feels so natural. Rather than trying to drive realistically, I feel forced into driving realistically. Again, rather high praise.

For me, one key element has been missing in rally games since RBR – fear. With how alive the cars feel, more severe damage model and the unique challenge of the different drivetrains, that fear is well and truly back. That counts even more when you get in a Group B car. They were stupidly fast in the original, but with 2.0‘s handling model, they are utterly terrifying.

In my excitement over the handling, it’s easy to forget about some of the other features. One of those being the stage degradation. While I haven’t had time to thoroughly test it, there’s no doubt this isn’t just for show. It will have a big effect on your driving.

One rather wet and rutted Australian stage tried very hard to pull my Datsun off course. Even in a straight line, I had to wrestle with the car to keep it pointing forwards. Hitting a rut in a turn resulted in a big correction. Hitting one of those ruts while being gentle and precise with the throttle is a nasty experience!

It’s fair to say that my cautious optimism from the media day has been replaced by outright excitement. As a rally nut, this is the sort of virtual experience I’ve been yearning for. It’s an experience that, finally, takes virtual rallying forward several steps from RBR. Now, Codemasters, please don’t ruin it.

DiRT Series 193 May 7 by Andrew Evans
After a debut on the Inside Xbox live stream, Codemasters has now officially announced DIRT 5. It confirms what the publisher was teasing us with earlier in the week: a…

DiRT Rally 2.0 Mar 12 by Michael Leary
Codemasters has announced a new version of DiRT Rally 2.0 that veterans and newcomers alike will be able to get their hands on later this month. Dubbed the Game of…