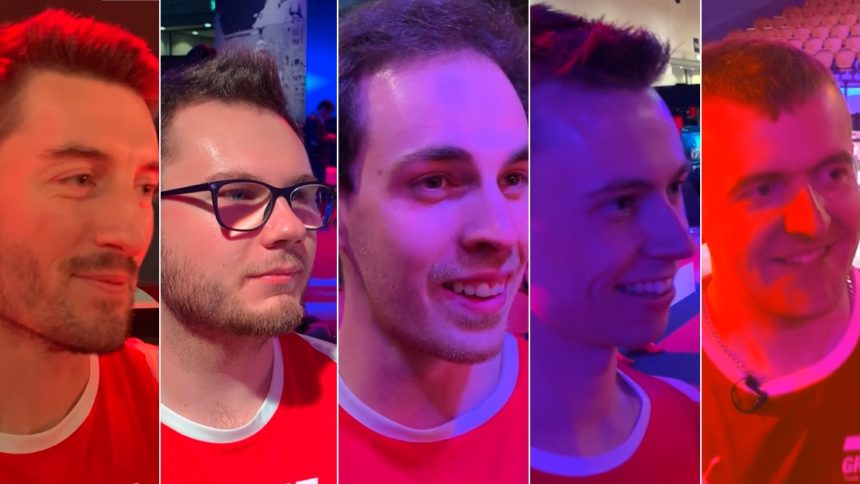 As you probably know if you’ve read our extensive race reports from the FIA GT Championship EMEA Regional Finals, TRL_LIGHTNING (Mikail Hizal) was crowned the overall 2018 European Champion. Nine more drivers also qualified to move forward to the next stage of the competition, with the chance to represent their countries in the World Finals next month.

If you missed any of the action in Madrid, you can watch the entire EMEA Regional Finals right here.

Many of the competitors were GTPlanet members which we profiled last week, and we had a chance to speak with a few of them on Friday after all the racing had concluded. Here’s what they had to say:

The Frenchman scored a second-place finish in the Block B racing on Friday, securing his spot in the World Finals in his very first race in Madrid.

“My main objective when I came here was to qualify for the World Finals, so that’s it, so now I can focus on tomorrow,” Anthony said.

The two Brits, Suswillo and Grady, qualified for the World Finals with a strong one-two performance in the first race of the day in Madrid in front of a large crowd.

After narrowly missing elimination in his first race of the day — finishing in the last spot to qualify for one of the second-chance repechage races — the Frenchman made up for it with a solid second-place finish and a spot in the World Finals.

His dramatic change in fortune resulted in the most excited reaction of the weekend, as Florent jumped around the stage in celebration.

The Portuguese driver had a somewhat similar path to World Finals as Pagandet. Just missing the podium in his first race, Salazar secured his spot for the next round with a second-place finish in the other repechage race.

Gran Turismo Sport 1031 Jan 11 by Andrew Evans
GT Sport fans have a new set of Daily Races to occupy them over the next seven days, with a couple of old favorites and combinations we’ve not seen in…