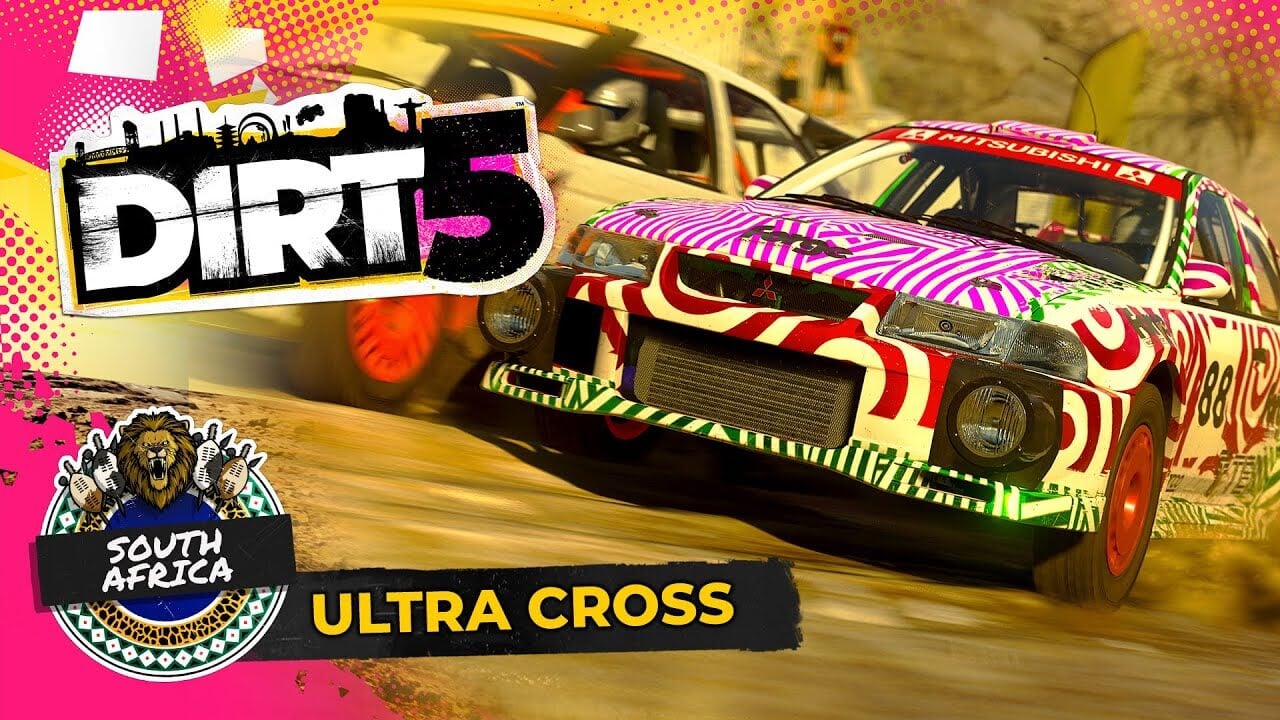 The DIRT 5 hype train continues this week, with another look at some of the content coming to current-gen consoles and PC on November 6.

This week’s clip centers on the golden age of rallying: the 1990s. The 1990s featured some of the great names of rally — McRae, Burns, Makinen, Sainz, Kankkunen, Auriol — fighting out some of the truly epic inter-team battles in WRC history. This was the era of Subaru vs Mitsubishi vs Toyota (and Lancia grabbed a couple of titles too), and it spawned some of the most memorable road-going homologation models too.

The latest clip takes on an Ultra Cross event. In essence, this is a highly compact, mixed-surface course much like rallycross, but with a number of obstacles and leaps of faith waiting to catch you out.

For this week, the venue is Cape Town, in South Africa. To be more specific, it’s the Cape Town Stadium, originally a soccer stadium built for the memorably vuvuzela-enhanced 2010 FIFA World Cup in the country. That’s also one of the venues within which you can create your own Playgrounds course, with DIRT 5’s new circuit maker function.

In the Ultra Cross event the cars will head from the perimeter roads outside the stadium through into the interior. The cars pass through some of the areas usually reserved for queuing fans or stadium maintenance equipment, before going into the central portion itself — and back out again to complete the lap. Although there’s only four cars in the clip, you’ll be able to race with up to 12 on track at once, in any game mode including online.

“Cape Town Stadium in South Africa is ideal for both our Playgrounds custom arena creator mode, and atmospheric, technical and flat-out fun races. Going from the perimeter through the parking lot and into the stadium is an exhilarating experience.”

DIRT 5 will come to next-gen consoles too, with an Xbox Series launch date of November 10, and the PS5 version as yet unannounced. Both platforms support a free upgrade from the previous-gen version. It’ll also launch on PC, and there’s a Google Stadia version planned for early 2021.