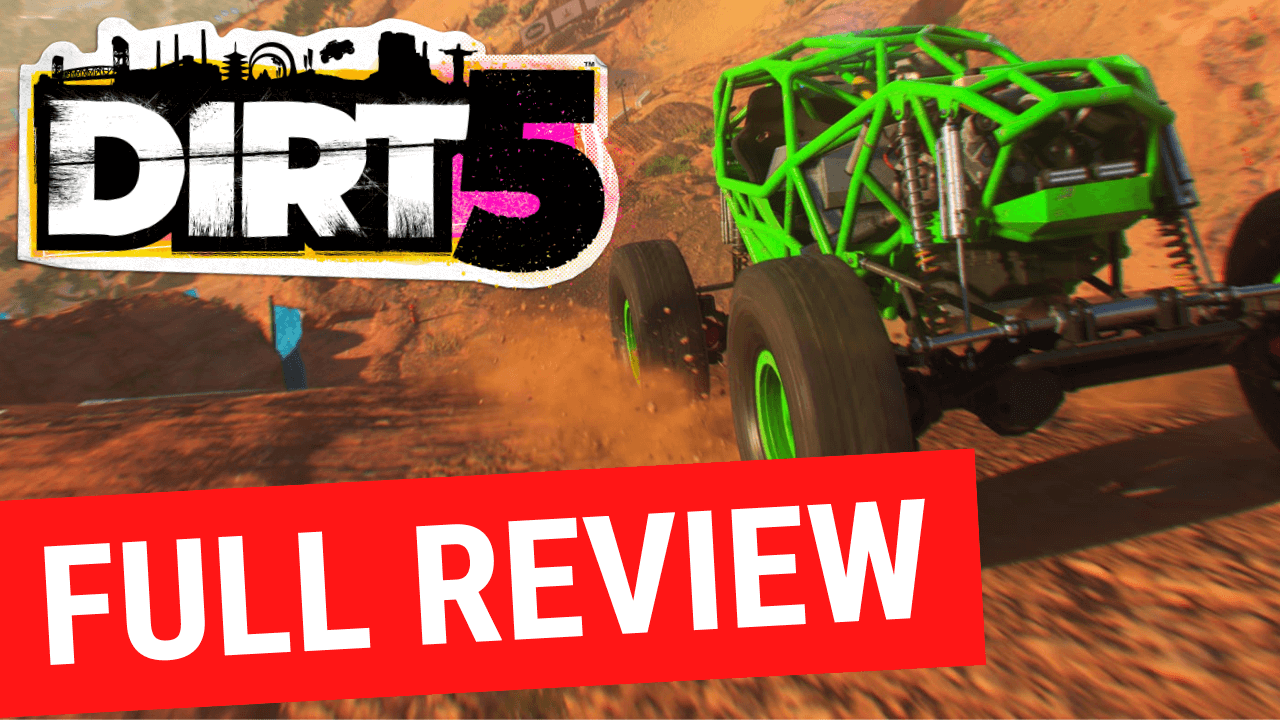 It’s always exciting when a new racing game comes out, more so when it’s an entry in a long-running, fan-favorite series.

Codemasters has been teasing us all through the summer with DIRT 5, the latest edition in the DIRT series. It’s tough to believe, but DIRT has been with us in one form or another since 2007’s Colin McRae: Dirt, more recently evolving into the more simulation oriented DIRT Rally and the rally toybox DIRT games. DIRT 5 firmly slots into the latter category.

We’ve heard plenty about DIRT 5 across the last few months. You’ll have seen the 60-strong car list, the various multiplayer modes, and plenty of videos of the spectacular locations and dynamic weather effects. Codemasters hasn’t been shy about revealing information — we even got a sneak play test of the Playgrounds arena-creation feature.

One thing the developer has been making plenty of noise about is the game’s story. Your adventures through the single player are set against the backdrop of an increasingly bitter rivalry between veteran showman AJ and clinical newcomer — from the two-wheeled world — Bruno Durant. This features voice-acting from some of the biggest names in the business: Nolan North and Troy Baker, also known as the Drake brothers from the Uncharted series.

With DIRT 5 launching later this week — November 6 for the base game, and November 3 with early access in the Amplified Edition — we’ve been taking DIRT 5 for a spin. Our impressions are based on the PS4 version of the game, though we have also had a chance to try out the PC version too.

We’ll be taking a fresh look at DIRT 5 once the next-generation consoles land, to see how the PlayStation 5 version plays too. In the meantime, you can watch our PS4 review below.

Andrew Evans · Nov 2, 2020· Comments
Rally racing title DIRT 5 will be among the free games available to PlayStation Plus subscribers in January 2022.

Andrew Evans · Nov 2, 2020· 1 Comment
The latest update for DIRT 5 arrives today across PC, PlayStation, and Xbox platforms, bringing some new free content as well as a further DLC pack by the name of “Wild Spirits”.

Andrew Evans · Nov 2, 2020· 4 Comments
The next update to DIRT 5 is just around the corner, and the team at Codemasters is describing it as the game’s “biggest ever”. There’s certainly a slew of new content — some free to all users, some paid — arriving when the update lands on July 20.

Andrew Evans · Nov 2, 2020· Comments
A new update is coming to DIRT 5 this week, bringing new features and new content to all players, including cross-platform play

Andrew Evans · Nov 2, 2020· Comments
If you’re after a fun diversion over this long Easter weekend, Codemasters has a nice little gift lined up for you. From now through to April 5, DIRT 5 is free for everyone on PlayStation 4.

Andrew Evans · Nov 2, 2020· Comments
A new major update is coming for DIRT 5 next week, bringing with it some more content for everyone as well as a DLC pack that’s a blast from the series’ past.

Andrew Evans · Nov 2, 2020· Comments
There’s a new update coming for DIRT 5 next week, bringing along the latest paid DLC pack and some new content for all players to enjoy for free.

Andrew Evans · Nov 2, 2020· Comments
Since DIRT 5 launched in November, things have been a little quiet on the post-launch goodies front. Although Codemasters has been hard at work fixing some of the game’s issues, and adding wheel support, there hasn’t really been any new stuff since day one — festive themed “Snow Limits” pack aside.