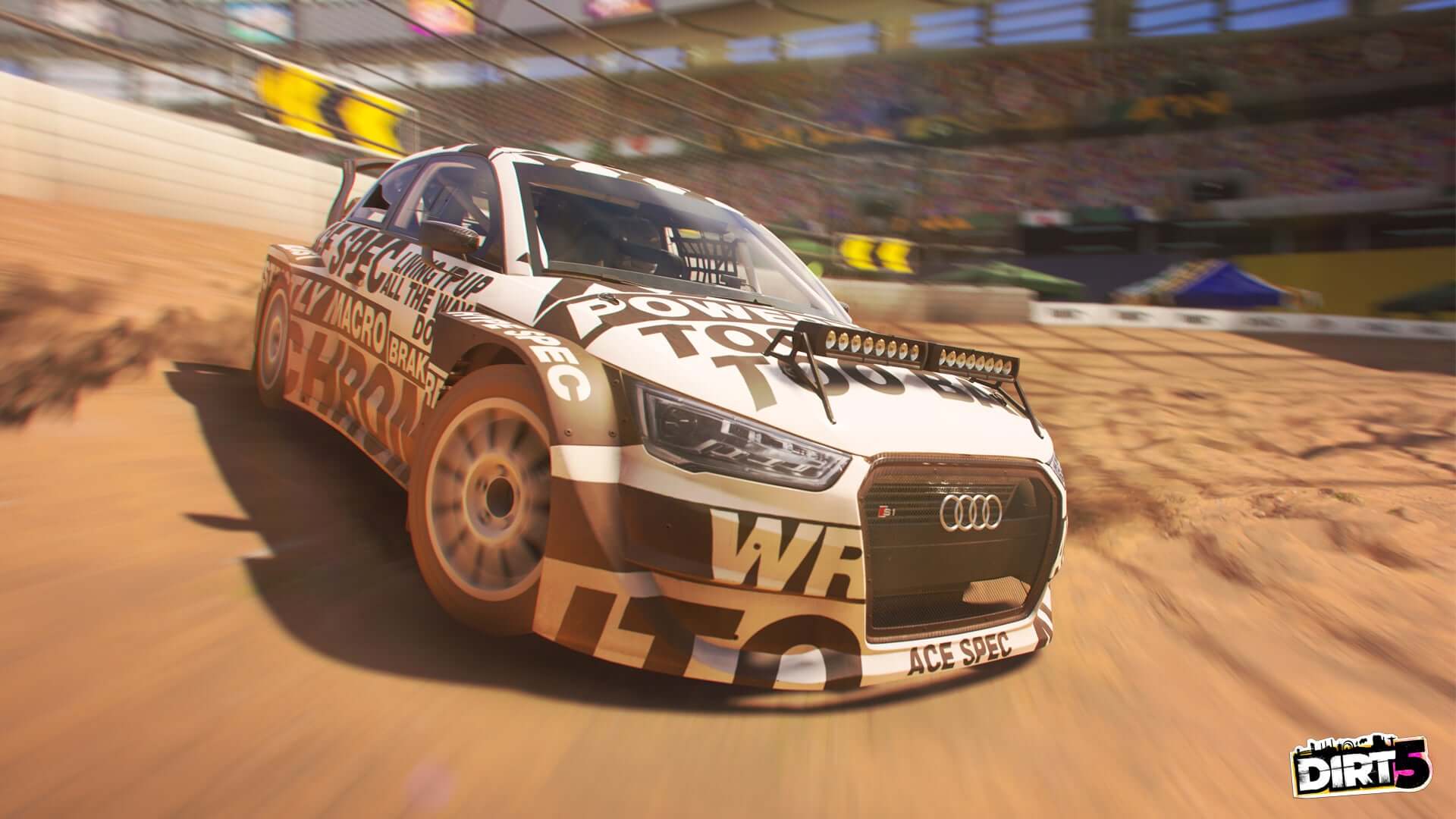 It’s just over a month since DIRT 5 launched, but Codemasters has been hard at work refining the title. In fact, the studio has rolled out so many changes that an entirely new game version — v2.00 — is just around the corner, and it brings one highly requested feature.

When the game update arrives, it will add full wheel support to DIRT 5. Codemasters has dug into some of its other racing titles, like GRID and F1 2020, to ensure the widest possible range of wheels for the rally game.

In fact DIRT 5 will take its compatibility data from GRID, so any wheel supported by that game will now also have full support in DIRT 5 too. That means that anything from Logitech or Thrustmaster will enjoy full support in DIRT 5, and while only some Fanatec wheels have the same support, Codemasters is working on adding further wheels.

As well as wheels, any other peripherals that connect directly to the wheel — handbrakes and shifters, for example — will also function as intended. There’ll be an in-game options menu to adjust input strengths, feedback and vibration, and wheel sensitivity too. We should see a full compatible wheel list in DIRT 5 ahead of the update’s roll-out.

While that’s the major change, there’s a few other tweaks coming too. Changes to online multiplayer will add new race events, including multi-class races, and help players find events more easily. The visual issues, particularly regarding V-Sync on PS4, also look to be addressed by the update.

There’ll be an enhancement for Playgrounds, allowing players to find specific courses more easily, along with a curated range of Playgrounds each week that the DIRT 5 team merit particular attention. The incredibly frustrating Sprint Cars also receive a bit of a kick to make the handling a little easier.

Codemasters promises more in the v2.00 update too, but for now it’s keeping a little quiet on what else might be included. There’s no specific date for the update just yet, but the official social media pages say it’s “right around the corner”…

Andrew Evans · Dec 4, 2020· Comments
Rally racing title DIRT 5 will be among the free games available to PlayStation Plus subscribers in January 2022.

Andrew Evans · Dec 4, 2020· 1 Comment
The latest update for DIRT 5 arrives today across PC, PlayStation, and Xbox platforms, bringing some new free content as well as a further DLC pack by the name of “Wild Spirits”.

Andrew Evans · Dec 4, 2020· 4 Comments
The next update to DIRT 5 is just around the corner, and the team at Codemasters is describing it as the game’s “biggest ever”. There’s certainly a slew of new content — some free to all users, some paid — arriving when the update lands on July 20.

Andrew Evans · Dec 4, 2020· Comments
A new update is coming to DIRT 5 this week, bringing new features and new content to all players, including cross-platform play

Andrew Evans · Dec 4, 2020· Comments
If you’re after a fun diversion over this long Easter weekend, Codemasters has a nice little gift lined up for you. From now through to April 5, DIRT 5 is free for everyone on PlayStation 4.

Andrew Evans · Dec 4, 2020· Comments
A new major update is coming for DIRT 5 next week, bringing with it some more content for everyone as well as a DLC pack that’s a blast from the series’ past.

Andrew Evans · Dec 4, 2020· Comments
There’s a new update coming for DIRT 5 next week, bringing along the latest paid DLC pack and some new content for all players to enjoy for free.

Andrew Evans · Dec 4, 2020· Comments
Since DIRT 5 launched in November, things have been a little quiet on the post-launch goodies front. Although Codemasters has been hard at work fixing some of the game’s issues, and adding wheel support, there hasn’t really been any new stuff since day one — festive themed “Snow Limits” pack aside.