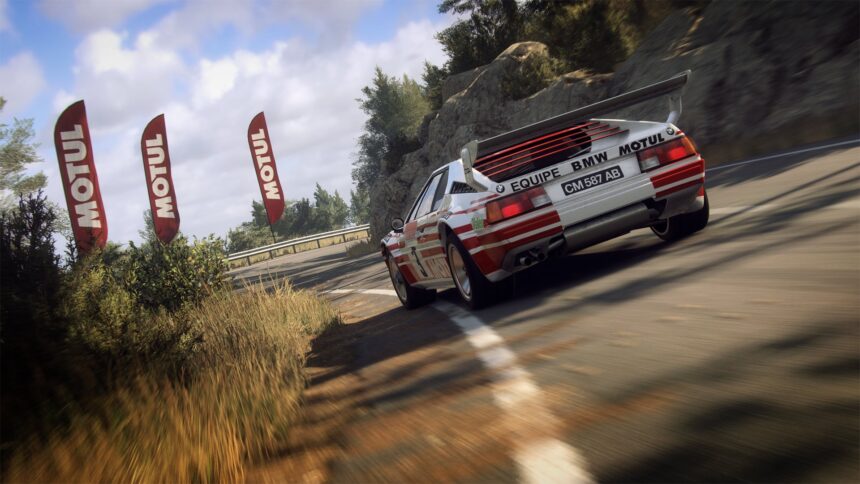 Codemasters has released the latest version of DiRT Rally 2.0. The rally sim comes into the service tent for some choice updates, including new audio, liveries, and trophies/achievements.

Earlier this month the Opel Manta and BMW M1 Procar arrived in DR2. This latest patch gives the latter a new, more accurate singing voice. It isn’t alone either, as the Peugeot 208 T16 R5 also gets updated engine audio.

In terms of eye candy, a new livery for the Ford Fiesta R5 is also available. Jon Armstrong served as rally consultant for the game’s development, so it seems only appropriate his DR2 livery from the Galway International Rally is now in-game.

With content arriving every two weeks since the game’s late February launch, Codemasters wanted to address that with new milestones for players to hit. That’s why v1.3 introduces four new achievements, all tied to Season One DLC:

Season One DLC continues tomorrow with the release of the Sweden Rally. You can check out the full breakdown of the Season One content here, and don’t miss our original review of DiRT Rally 2.0.

There are a variety of other detail changes in version DR2 v1.3 — check out the patch notes here.