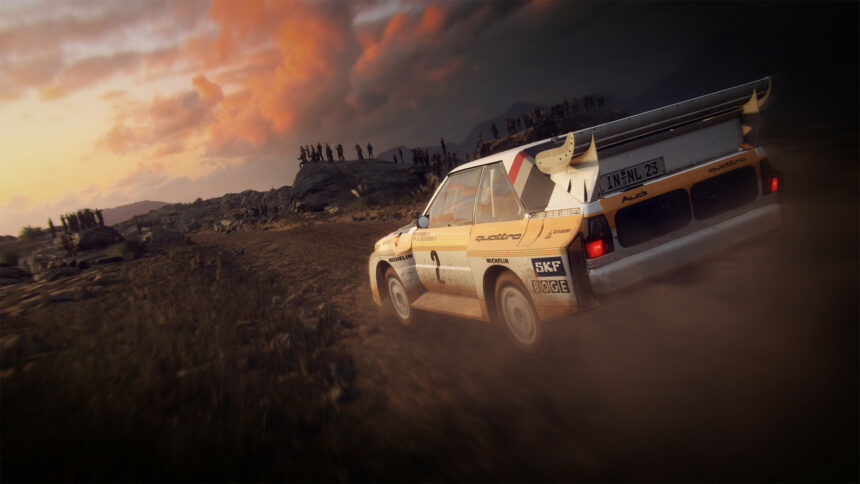 We’re less than two weeks away from the release of DiRT Rally 2.0, and the news keeps on coming. As a quick reminder, last we heard from DR2 saw the confirmation of Oculus Rift support coming this summer.

While we await the news that PlayStation VR will also make the cut, the pieces of the puzzle continue to form. Codemasters has revealed everything in store for Season One of the game’s post-launch DLC content.

It will come as no surprise that the focus of the opening season is rally racing. With it comes new cars, liveries and environments, all across an 11-week schedule. 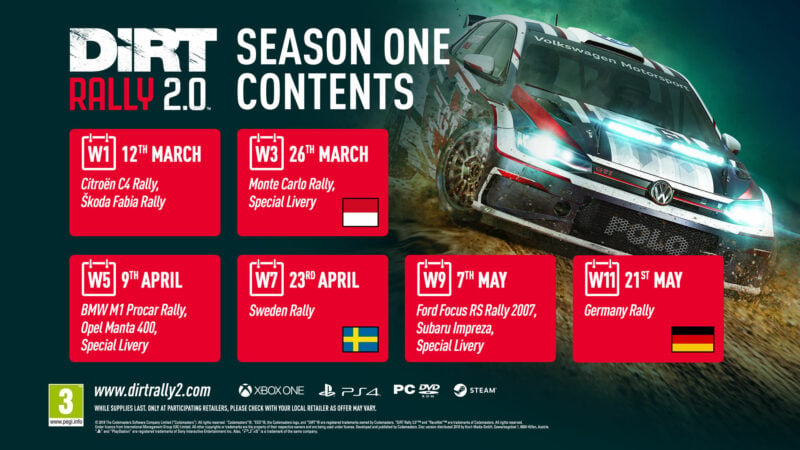 As pictured above, the roadmap is as follows:

Fans of the series will of course recognize the returning venues, such as Monte Carlo Rally. It, and other classic venues will benefit from the bump in the visual fidelity over the original game. Combine that with track degradation, the updated handling model — even an optional hardcore damage mode — and the returning courses are as good as new.

New cars include the likes of the ŠKODA Fabia Rally and the BMW M1 Procar Rally, to name two. Some are returning favorites, while others are highly-requested by the community over the years. In case you missed it, pro rally driver Jon Armstrong took the Subaru Impreza for a spin.

Players who pre-order or buy the Deluxe Edition will have access to all Season One and Two content, courtesy of the Season Pass. That isn’t all Deluxe Edition owners will have up their sleeves as early access is also a touted feature. How early? Next Friday, February 22.

As an added bonus, there’s one more thing in store for Season One: rewards. Players that purchase S1 content will have access to a set of exclusive high reward in-game events and other in-game bonuses. Each season and the content within will be up for standalone purchase at launch.

DiRT Rally 2.0 24 Jan 29 by Andrew Evans
As teased earlier in the week, there’s something new coming to DiRT Rally 2.0 soon. Codemasters has now revealed all, and in March players can take part in a celebration…