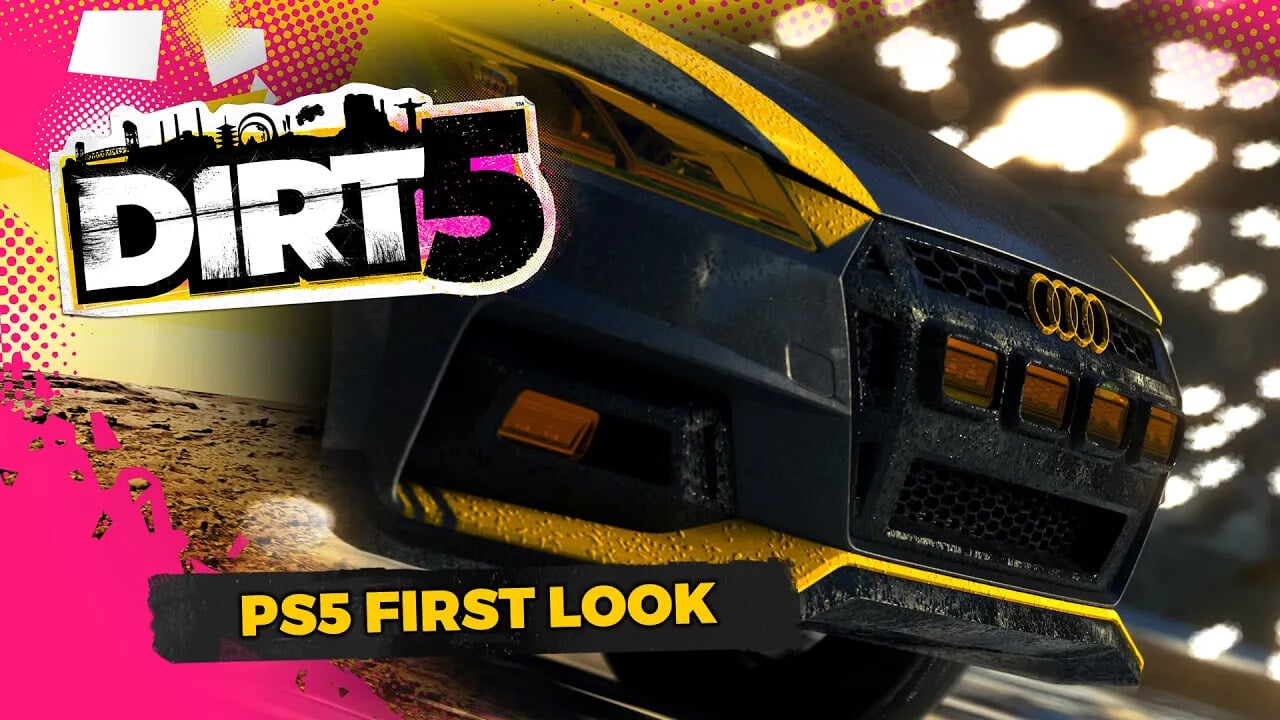 Although DIRT 5 has launched this week — indeed today for many of you — on current-gen consoles, the game is coming to next-gen consoles as they also launch over the next two weeks.

Codemasters will drop DIRT 5 onto the Xbox Series S and Series X first, on November 10, followed by PlayStation 5 on November 12 and November 19, depending on region. With more processing power available, the next-gen console versions naturally promise to be a different experience.

However, the PlayStation 5 version has some novel improvements over the PlayStation 4 game, and Codemasters has released this video to show off how DIRT 5 uses the PS5’s new feature set:

Of course the first benefit that the video flags is the new 120fps mode. This is applicable to both of the next-gen consoles, and it allows the game to run much more smoothly, with twice the frame rate of the PS4 game — or four times the rate compared to 4K30 “detail” mode.

Codemasters also brings up the Tempest 3D Audio system of PS5. Players plugging in any regular set of headphones to the console or to the DualSense controller will experience simulated 7.1 surround sound. While the video does bring up the game’s musical accompaniment, that also applies to the ambient sounds.

The DualSense controller itself is a focus of the video too. Sony’s next-generation controller, the first not to bear the DualShock name since the original PlayStation controller and its Dual Analog successor, has a host of features to improve immersion. This includes the haptic feedback and adaptive triggers, which bring road surfaces and different pedal weighting through your fingertips.

One thing not covered in this clip is the PS5 SSD. This reportedly cuts game loading times to as little as a sixth of the time it would take on PlayStation 4.

Andrew Evans · Nov 6, 2020· Comments
Rally racing title DIRT 5 will be among the free games available to PlayStation Plus subscribers in January 2022.

Andrew Evans · Nov 6, 2020· 1 Comment
The latest update for DIRT 5 arrives today across PC, PlayStation, and Xbox platforms, bringing some new free content as well as a further DLC pack by the name of “Wild Spirits”.

Andrew Evans · Nov 6, 2020· 4 Comments
The next update to DIRT 5 is just around the corner, and the team at Codemasters is describing it as the game’s “biggest ever”. There’s certainly a slew of new content — some free to all users, some paid — arriving when the update lands on July 20.

Andrew Evans · Nov 6, 2020· Comments
A new update is coming to DIRT 5 this week, bringing new features and new content to all players, including cross-platform play

Andrew Evans · Nov 6, 2020· Comments
If you’re after a fun diversion over this long Easter weekend, Codemasters has a nice little gift lined up for you. From now through to April 5, DIRT 5 is free for everyone on PlayStation 4.

Andrew Evans · Nov 6, 2020· Comments
A new major update is coming for DIRT 5 next week, bringing with it some more content for everyone as well as a DLC pack that’s a blast from the series’ past.

Andrew Evans · Nov 6, 2020· Comments
There’s a new update coming for DIRT 5 next week, bringing along the latest paid DLC pack and some new content for all players to enjoy for free.

Andrew Evans · Nov 6, 2020· Comments
Since DIRT 5 launched in November, things have been a little quiet on the post-launch goodies front. Although Codemasters has been hard at work fixing some of the game’s issues, and adding wheel support, there hasn’t really been any new stuff since day one — festive themed “Snow Limits” pack aside.