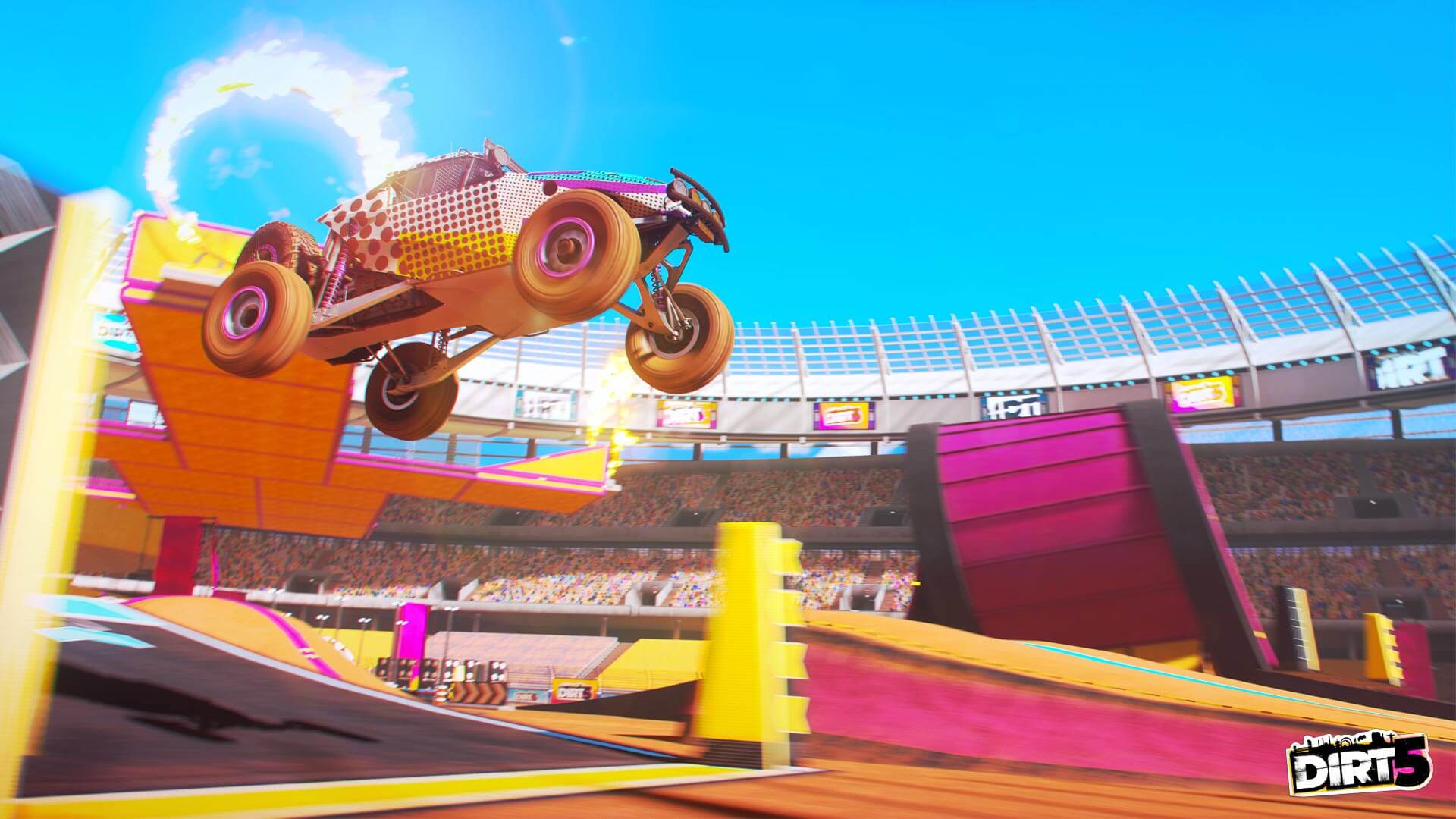 If you’re a racing game fan looking for some next-gen action on your new PlayStation 5 console, then we have some good news. Codemasters has now confirmed that the upcoming DIRT 5 will be a launch day title for PS5.

The November 12 release date for the PS5 version of DIRT 5 is pretty much what we’d been expecting. Originally scheduled for October 9, DIRT 5 had seen a month’s delay to its current-gen release, to November 6. That’s close to the Xbox Series S and Xbox Series X launch dates, of November 10.

This appeared to be largely down to logistics. Game distributor Koch Media didn’t want to ramp up production and delivery twice in a month, first for XB1/PS4 and then for XSS/XSX/PS5. By moving the current-gen date back a month, it meant only one launch window rather than two.

It seemed only reasonable to conclude then that Codemasters would time the PS5 launch similarly. While it’s taken a little while to confirm, we now know that this is the case. As a strange sidebar, this also means that DIRT 5 will be available for PS5 before PS5 is available in most of the world; games and accessories will launch worldwide on November 12, but the console itself only arrives on that date for the USA, Canada, Mexico, Australia, New Zealand, Japan, and South Korea. Outside of these regions, the console launch is November 19.

As with the Xbox versions you’ll see above, the PlayStation iteration of DIRT 5 offers a free upgrade. That means that if you simply can’t wait and need to buy the PS4 version on November 6, you can then upgrade it to the PS5 version any time you like, for free. The game will support 4K and 120fps on PS5, as well as the features of the new DualSense controller. You can also play cross-gen with your PS4 friends who don’t upgrade!

We’ve seen plenty from DIRT 5 over the last few months, and we’re sure there’s more to come before that November 6 launch.

Andrew Evans · Oct 21, 2020· Comments
Rally racing title DIRT 5 will be among the free games available to PlayStation Plus subscribers in January 2022.

Andrew Evans · Oct 21, 2020· 1 Comment
The latest update for DIRT 5 arrives today across PC, PlayStation, and Xbox platforms, bringing some new free content as well as a further DLC pack by the name of “Wild Spirits”.

Andrew Evans · Oct 21, 2020· 4 Comments
The next update to DIRT 5 is just around the corner, and the team at Codemasters is describing it as the game’s “biggest ever”. There’s certainly a slew of new content — some free to all users, some paid — arriving when the update lands on July 20.

Andrew Evans · Oct 21, 2020· Comments
A new update is coming to DIRT 5 this week, bringing new features and new content to all players, including cross-platform play

Andrew Evans · Oct 21, 2020· Comments
If you’re after a fun diversion over this long Easter weekend, Codemasters has a nice little gift lined up for you. From now through to April 5, DIRT 5 is free for everyone on PlayStation 4.

Andrew Evans · Oct 21, 2020· Comments
A new major update is coming for DIRT 5 next week, bringing with it some more content for everyone as well as a DLC pack that’s a blast from the series’ past.

Andrew Evans · Oct 21, 2020· Comments
There’s a new update coming for DIRT 5 next week, bringing along the latest paid DLC pack and some new content for all players to enjoy for free.

Andrew Evans · Oct 21, 2020· Comments
Since DIRT 5 launched in November, things have been a little quiet on the post-launch goodies front. Although Codemasters has been hard at work fixing some of the game’s issues, and adding wheel support, there hasn’t really been any new stuff since day one — festive themed “Snow Limits” pack aside.