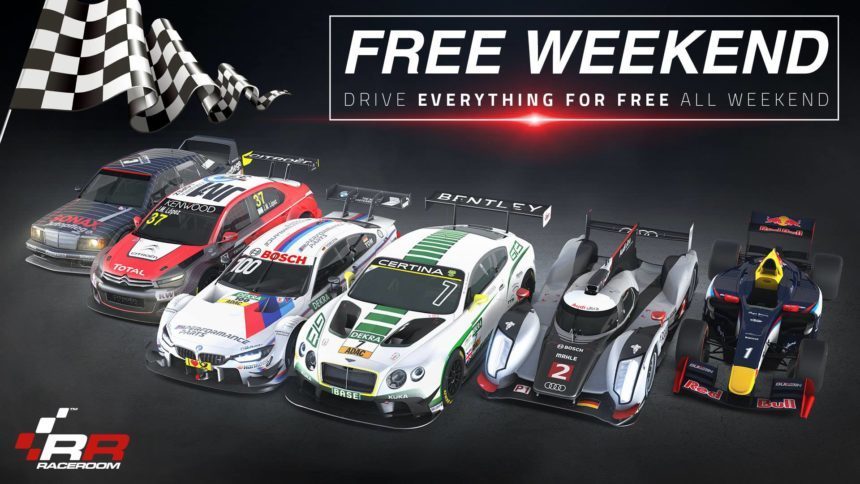 RaceRoom Racing Experience has become a hot topic as of late. Last month, Sector3 Studios announced the arrival of Zhuhai International Circuit. Prior to that, the free-to-play PC sim welcomed Road America to its track roster.

With so much content up for grabs, it’s easy for one to find themselves feeling overwhelmed. Luckily, Sector3 has confirmed R3E will be free in its entirety through the weekend. Your eyes aren’t deceiving you — all 120+ cars and 40 tracks are up for test drives at no cost all weekend.

While Sector3 is no stranger to offering free content during the weekend, this takes it one step further. There’s plenty to choose from, including the Porsche DLC or the insane Formula Raceroom X17. The event officially kicked off this past Thursday, but there’s still plenty of time left to get laps in.

If you’ve been on the fence, now is as good of a time as any to jump in. Of the wealth of content available in-game, here’s a sampler of what’s available in R3E:

This is in addition to the four tracks (13 total, including layouts) and 11 cars always available. Even if you don’t take out a second mortgage this weekend, there’s plenty of content to keep you occupied.

Gran Turismo Sport 563 May 25 by Andrew Evans
It’s another new week, and that means a new set of three GT Sport Daily Races. There’s a little something familiar for players this week, but also something a lot…