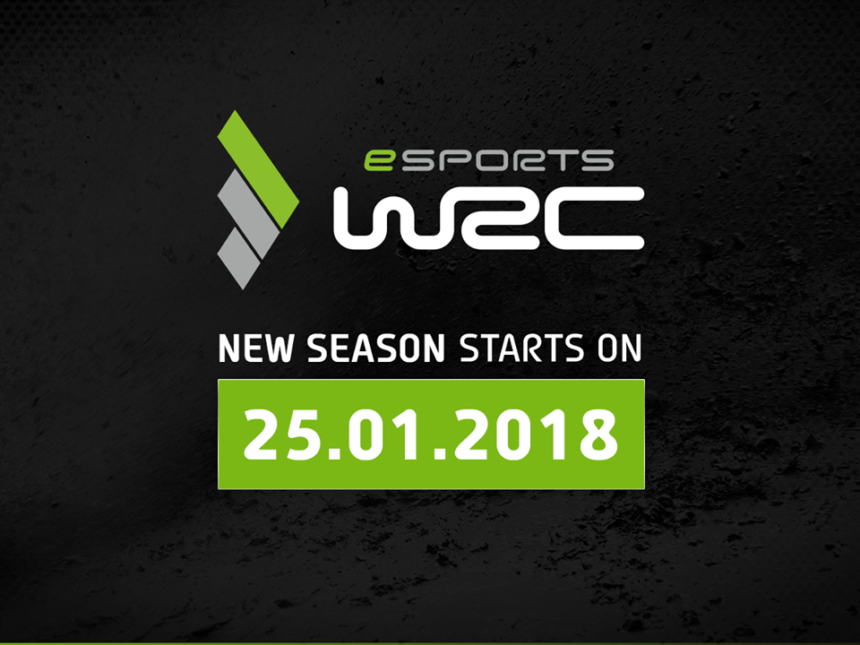 The team behind the WRC game series has announced the competition dates for its third esports season. As per the official WRC Facebook page, challenges are set to run between January and July.

The series is open to all who own WRC 7 across PS4, Xbox One and PC too with events being sent directly to the title. Big prizes are expected to be on offer, with previous seasons including a real Hyundai i20 up for grabs.

The initial calendar includes 13 rounds of competition that will take competitors to the most difficult stages in the WRC. Each round consists of a Super Special Stage and one of the new, long-form Epic Stages. In the event a location does not have an SSS, a regular Special Stage will substitute in. You will have five attempts to put in a good time, after which the best drive will be taken as your final result. 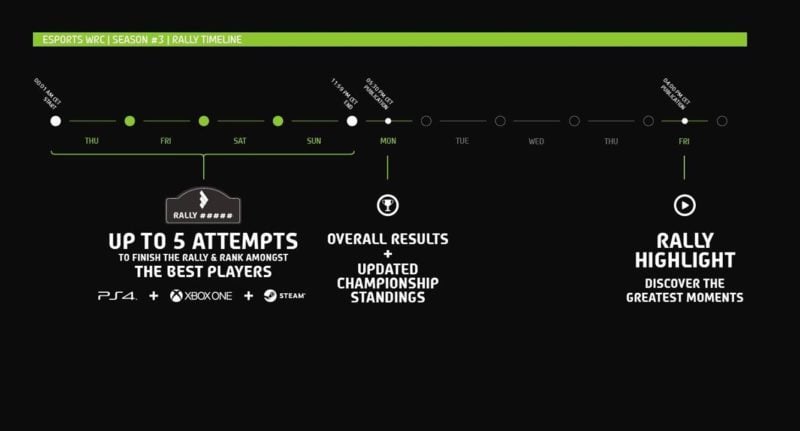 Each stop on the Esports tour will take place between Thursday and Sunday, with results updated on the following week’s Monday. Those drivers who place in the top 50 for each event will score points. The top players at the end of the 13th round will be invited to the Grand Final.

2018 will see rounds follow quicker in succession than those before it. We can only assume this is being done to keep the latest game in use throughout the whole calendar. Previous years have lead to outdated entries being used by the end of the series.

Alongside the regular Esports series, there will also be a team championship at some point. Details are thin on the ground but select drivers will be split into teams of five. If you’re hoping to enter this though, don’t hold your breath. Apparently, teams will be made up of players already big on the Esports WRC scene.

See below for the full list of all upcoming WRC 7 Esports events in 2018. Also, don’t forget to check out our full review of the game.

Car Culture 7 Oct 26 by Andrew Evans
If there’s one thing that motorsport history has shown us, it’s that anything can be a race car. A phrase often used is that the first race happened when someone…

Gran Turismo Sport 311 Oct 26 by Andrew Evans
A fresh week means a fresh set of GT Sport Daily Races, and the line-up for the next seven days is a little curious. You’ve got two events with full-on…

DIRT 5 4 Oct 23 by Andrew Evans
The information torrent from Codemasters on November’s DIRT 5 continues, with the developer revealing more about the game’s online multiplayer. As you’d expect, there’s a regular online offering, allowing you…

Gran Turismo 7 161 Oct 21 by Andrew Evans
The great debate over Gran Turismo 7‘s potential launch date has taken yet another twist today, courtesy of a teaser posted on the official Gran Turismo Facebook account. Long-rumored to…

DIRT 5 3 Oct 21 by Andrew Evans
In addition to revealing that DIRT 5 will be a PlayStation 5 launch title, Codemasters has now also confirmed the full car list. For now, there’s 63 cars, spread across…