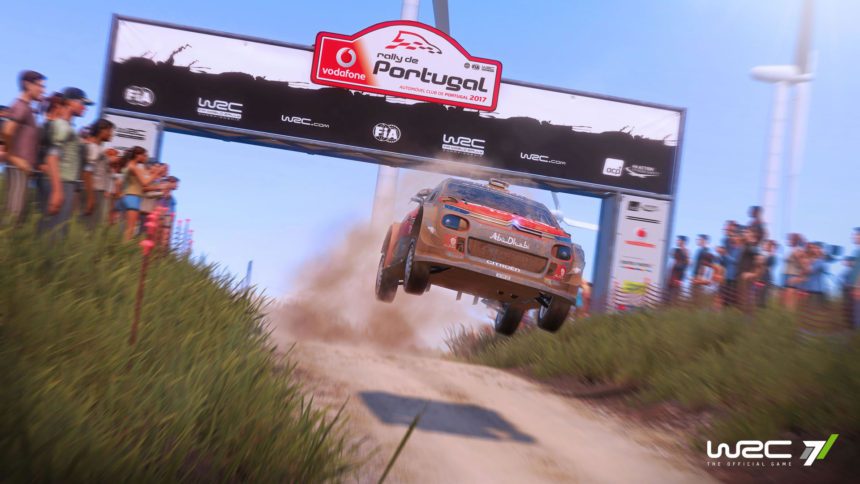 We’ve got more insight into the development of WRC 7 thanks to this, the latest video from developer Kylotonn Racing.

WRC 7 is already available across Europe. We really enjoyed it in our review of the game, finding the cars fun and the track design exceptional. The seventh iteration of the franchise really is a significant step forward from what came before. Hyundai WRC engineer Rui Soares walks us through just why that is.

Soares is, to put it mildly, very embedded within the World Rally Championship. If he isn’t at a rally helping Hayden Paddon to the top of the charts, he’s playing WRC at home. The first takeaway he had trying WRC 7 was the increase in feel through the rim.

It’s something we noticed too, not just during our review, but during our initial hands-on at E3. The game gives you much more information on what the car is actually doing now. In a rally, where you’re constantly making small adjustments, that’s essential.

Soares also talks about the big change in speed in WRC 7. This year’s cars are much faster than the previous ones, and it’s noticeable right from the off:

“That’s what impressed me when we played: the engine speed responds immediately. And the first time I accelerated I felt that the back took off right away. I wasn’t expecting such power. It’s not reality, but you’re getting close to what we see in WRC’s onboard cameras.”

The Polish stage in particular impressed Soares. It’s a location known for its mid-corner bumps, and they’re right there in-game too.

Tuning is also an important part of the realism equation. Here, Soares discusses the various parameters in the game — suspension, differentials, tires — and how making changes to any of them has an effect on the car. Being limited to just the rally discipline, WRC 7 does have an advantage in this category compared to multi-discipline titles like GT or Forza. Kylotonn has been able to fine-tune the physics engine, giving players an enjoyable but still realistic experience.

The main goal of all of this is to keep players engaged. The more nuanced physics engine means more time spent tinkering to find those best stage times. That’s especially true on the long Epic Stages — easily one of our favorite parts of WRC 7.

Players in other regions of the world won’t have to wait much longer to play the game themselves. WRC 7 launches outside of Europe on October 3, for XB1, PS4, and PC.