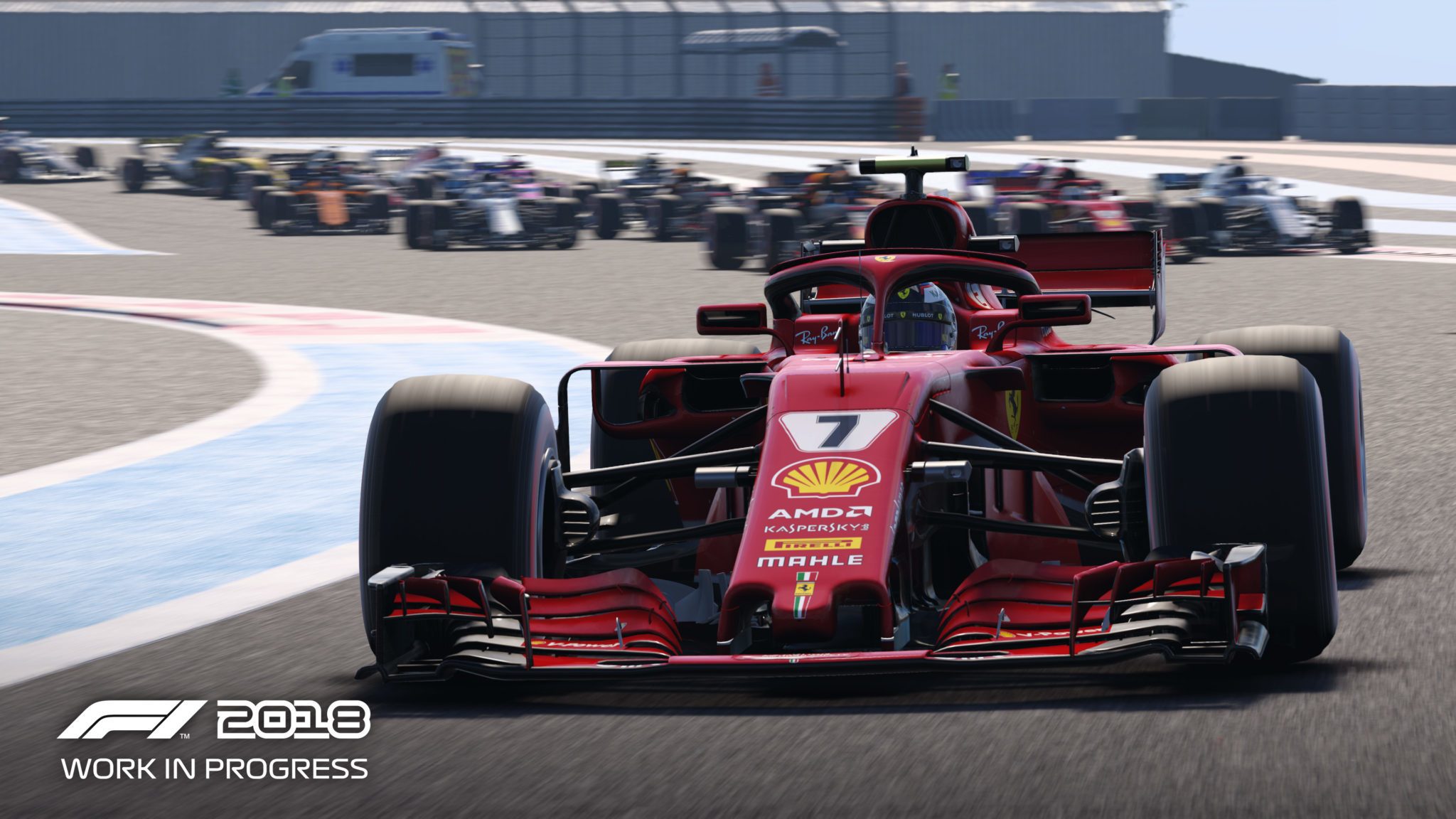 We’re now less than a month away from the launch of F1 2018. The latest bit of news out of the Codemasters crew has shed a light on the improved career mode. Players will now have to contend with rule changes as they move from season to season.

It’s a natural progression for the franchise, especially in the face of the drastic changes the sport has faced this season. Game director Lee Mather covers the improvements in the latest developer diary:

Mather starts with what’s different from last year’s game. “We wanted more players to experience more of the R&D system, to actually be able to progress their development at a quicker rate,” he explains, “so we’ve made significant changes to the pricing structure.”

The R&D tree had dense foliage in F1 2017, with so many options that it risked scaring all but the most well-versed fans. Mather says the team has redesigned that screen to remove, as he calls it, the “fog of war”. This should mean a clearer progression for all players, newbies and experts alike.

Each of the 10 teams will also have bespoke branches of their respective R&D trees. These will play into each squad’s strengths and weaknesses.

The bigger change is that headline addition, though. Mather explains:

“And the way this will work in the game will be, partway through the season there will be a point where we will determine whether there’s going to be a rule change. Your R&D guy will speak to you about it, and at this point you need to start determining which areas of the development you want to conserve.

“I may have spent a fortune on my wings, and I think next season, I’m worried that that reset might impact on my wings. So rather than losing all of that hard work, I can start spending credits on protecting the work we’ve done. So it’s essentially future-proofing upgrades you’ve made for the following season.”

The AI will go through these same struggles, introducing a whole new batch of variables into each season. Will your competition hold off on spending, so that it can respond quickly after the next season opener in Melbourne? Or will it throw caution to the wind to ensure a constructor’s championship in the tail end of the existing season?

We’ve got a little over four weeks until we find out. F1 2018 launches August 24 on PS4, XB1, and PC. Stay tuned for more on the open-wheel racer as that release date draws near.

Kyle Patrick · Jul 26, 2018· Comments
The official esport championship of the world’s most popular motorsport is back for a third season. Formula One has announced the F1 New Balance Esports Series will begin next Monday, April 8.

Jimmy Broadbent · Jul 26, 2018· Comments
There we have it, yet another Formula One season in the books and yet another demonstration of why Lewis Hamilton is the champion. Whether you like him or not, the man is undoubtedly one of the very best we’ve ever had in Formula One.

Andrew Evans · Jul 26, 2018· Comments
The nine official F1 Esports teams are returning back to the Gfinity Esports Arena in London this evening, for the second live event in the series.

Michael Leary · Jul 26, 2018· Comments
Codemasters continues to keep F1 2018 up to speed with a new update, dubbed 1.12. Now available on all platforms, the latest update resolves a few issues for this year’s F1 racer. The eagle eyed will notice the latest patch skips over a 1.11 update — worry not as the two have rolled into one.

Kyle Patrick · Jul 26, 2018· Comments
One of the best racing games to touch down this year is enjoying a massive discount barely over a month after launch. But you’ll have to act fast.

Michael Leary · Jul 26, 2018· Comments
Codemasters is back with another update for this year’s F1 racer, known as 1.09. PC players were first in line to take advantage of the latest changes, but the update is now available on all platforms.