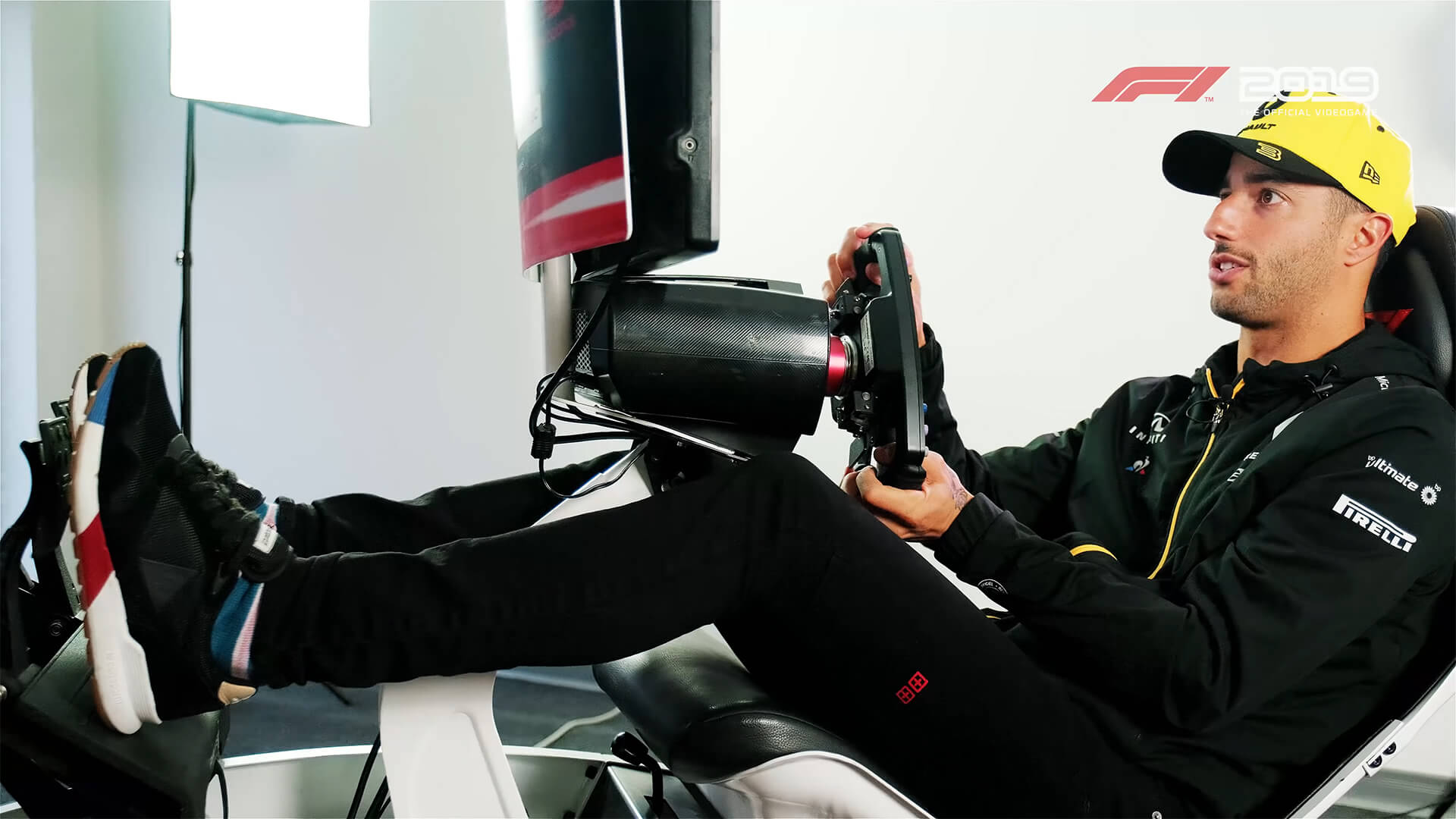 Formula One returns to Circuit Paul Ricard this weekend for the French Grand Prix. This is the second year around the venue for the circus since returning to France last year.

Seeing the opportunity at hand, Codemasters has released new gameplay footage of the venue in F1 2019. This time around you’ll tour the circuit with Renault driver Daniel Ricciardo, a nice complement to last year’s showcase with his now teammate Nico Hulkenberg.

Heading into Turn 1, Ricciardo almost immediately acknowledges the circuit is “pretty quick”. Coming out of Turn 2, there’s the “straight that isn’t straight”, in the Australian’s own words, heading into Turn 3. The long-winding right of Turn 6 is pretty hard on the tires, though it soon opens up to a long straight.

Turns 8 and 9 part the straight with a chicane to slow things down. Here, Daniel is of the opinion it would be more fun if it were a straight “all the way through”. That would make it a very Mulsanne-like straight — hard to argue with that.

Ricciardo stays true heading toward Turn 10, which he takes flat out. Things slow down the following corner which is a long sweeping right that, again, kills the front tires. Despite that, he remarks it’s a good place for overtaking.

Turn 12 is where things could get interesting and looks to be prime overtaking territory. With the late apex, two cars can run side-by-side and fight for position. If anyone could make a dive there and make it stick, it’s Ricciardo.

The second-to-last corner, Turn 14, is another left that plays havoc on the front tires. It seems then, more than anything, front-end grip is a necessity around Paul Ricard. The hairpin of Turn 15 rounds out the circuit and brings him back to the start/finish straight. The Honey Badger’s final time is a 1:37.186.

F1 2019 releases on all platforms in one week’s time on June 28. Those with the Legends Edition of the game can get a three-day head start with early access beginning on June 25. Stay tuned for our full review on Monday!

Andrew Evans · Jun 22, 2019· Comments
Motorsport is proving just about impossible to stage right now, with quarantine measures, travel restrictions, and even just concern for the safety of drivers, team personnel and fans. With the backdrop of the current global climate, esports has really started to take its chance to shine.

Michael Leary · Jun 22, 2019· Comments
If you have yet to take last year’s Formula One game for a spin, now is the perfect time. There’s now a free trial of F1 2019 available on Steam, Xbox Live, and the PlayStation Store, until March 18. That gives players eight days to dive into Codemasters’ 2019 F1 effort and see what all the fuss is about.

Andrew Evans · Jun 22, 2019· Comments
F1 fans, your long winter doldrums are nearly over. The 2020 Formula One World Championship gets underway this weekend with the traditional curtain-raiser in Australia.

Andrew Evans · Jun 22, 2019· Comments
The F1 Esports New Balance Pro Series reaches its climax this evening, and for the first time in three years there’ll be a new champion lifting the trophy.

Michael Leary · Jun 22, 2019· Comments
‘Tis the season to be streaming. With the holiday season in the air, Sony has added some new games to its PlayStation Now cloud gaming service. For sim-racing fans, one game in particular stands out among the others.

Michael Leary · Jun 22, 2019· Comments
The latest update for F1 2019 is now available on the PC and PlayStation 4 platforms. Version 1.08, dubbed the “Visual Update”, brings updated liveries and sponsor logos to all cars in the game.

Kyle Patrick · Jun 22, 2019· Comments
The latest version of F1 2019 is now available across all platforms. Version 1.07 follows a quick succession of updates since the game’s late-June release, focusing in on detail changes.

Kyle Patrick · Jun 22, 2019· Comments
The latest patch for F1 2019 landed on PC and PlayStation 4 earlier this week. It’s a small one, bringing with it a handful of useful improvements to Codemasters’ latest.