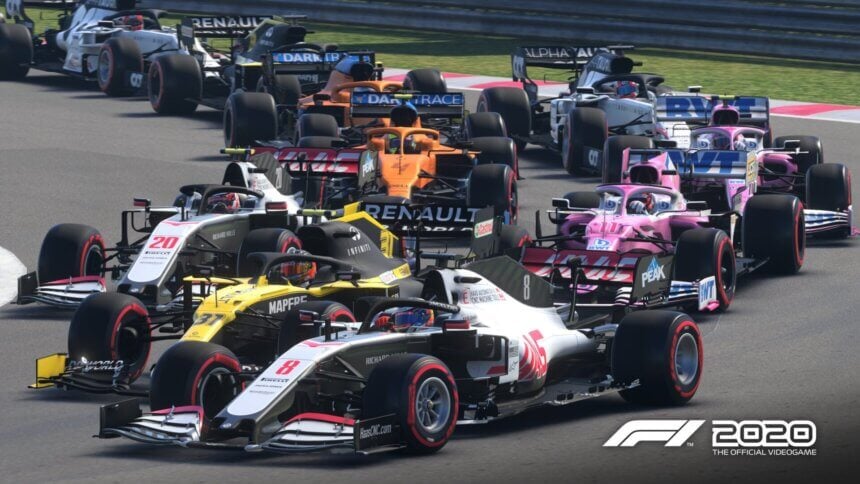 It’s only two weeks now until the 2020 iteration of the F1 game series lands, and to mark the occasion Codemasters has unveiled a new video.

The short clip of F1 2020 is the game’s official TV ad. It’s destined for broadcast media, and will appear on screens and streams over the next fortnight as that July 10 launch date hoves into view. That’ll almost certainly include Formula One race broadcasts which resume on July 1 with free practice at the much-delayed first race of the season — at Austria’s Red Bull Ring.

Although it doesn’t even break the half-minute mark (TV advertising is expensive!), the clip you can see below packs quite a lot of info in:

You can see some of the My Team mode in action, with a couple of mystery cars taking to the grid. This ten-season career mode puts you into the position of driver-manager of your own F1 team, looking to build your own F1 empire from the ground up. You’ll need to hire drivers, build facilities, and satisfy sponsors to reach the top — you can read more about My Team in our rundown from earlier in the month.

The clip also shows glimpses of the new Zandvoort and Hanoi circuits which were due to debut in 2020, but which we’ll probably see in 2021. Although unsurprising, Codemasters has confirmed that any alternate tracks drafted in for the real 2020 calendar — such as Algarve in Portugal — won’t make it into this year’s game.

There is one easter egg in the video, and you’ll need some good eyes to spot it. Thanks to a sponsorship split with its main title partner Rokit four weeks ago, Williams F1 has had to redesign its livery for the real 2020 season. The British team only revealed the new livery yesterday, but it’s present in the game already (even if it isn’t in the 4K screenshots).

In addition, F1 2020 is now available to preorder on all platforms and all formats. The digital version for PS4 was the last piece in the puzzle, but the game, in Deluxe Schumacher Edition and Seventy Edition, is appearing in the PlayStation Store now. Schumacher Edition buyers also get three days’ early access.