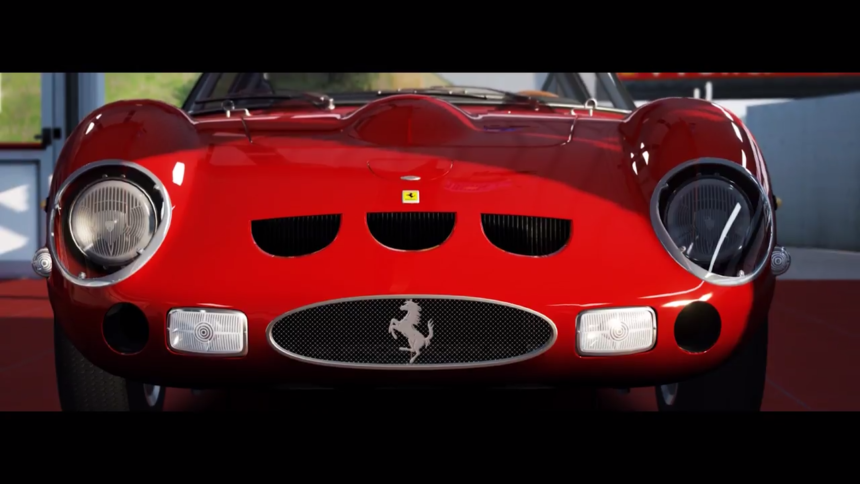 They say when it rains, it pours. After a dry spell for the game throughout the summer, news picked up just earlier today. The v1.15 update is rolling out on consoles, and the Ready to Race car pack will be available later in the week. With the PS4 and XB1 versions ostensibly caught up, it was only a matter of time until Kunos showed off what’s next.

It starts with a 55-year old icon. The 250 GTO needs no introduction, so we’ll just let the short video above do the talking for us.

Fans that have been keeping track of developments with the game won’t be surprised by the GTO, however. Kunos actually revealed the list of six of the pack’s cars last June:

It’s a varied list, from the GTO (and its younger 288-based descendant) right up to today’s 789hp Superfast. That isn’t the full list, either. Earlier this summer, Kunos held a community poll to determine the final car in the pack. The winner? This year’s F1 contender, the SF70H.

PC players won’t have to wait long for the pack either, as the video ends with September 19 on screen. With one week remaining, and seven cars part of the pack, we’re expecting a new teaser each day until release. As always, we’ll be sharing our thoughts on the new pack once it’s live.

Assetto Corsa DLCFerrariKunos Simulazioni
205 Comments Discuss this post in our forums...
Test Your Badge Knowledge With Our Car Logo Quiz