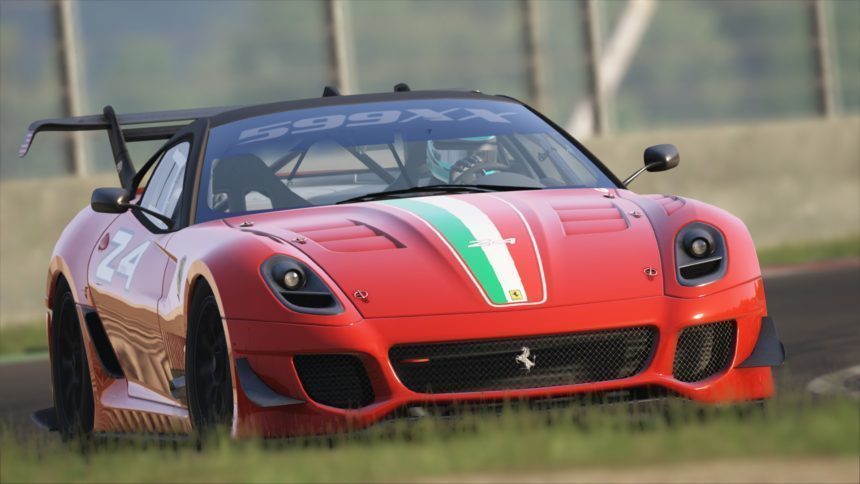 At the end of last year Kunos announced its prospective plans for 2017. While the wait for Laguna Seca continues, a new Assetto Corsa car pack celebrating the 70th anniversary of Ferrari is up next.

Currently in development, the DLC will be available on PC, PS4 and the Xbox One this fall. The pack includes seven of the brand’s most iconic cars, all joining the existing stable currently available in the game. The Ferrari 70th Anniversary car pack will introduce the following Prancing Horse models to the game:

This is where things get interesting: players will have the opportunity to vote on the seventh car. Whether it be the classic 250 Testa Rossa or Kimi Raikkonen’s winning F2007, players will have plenty to choose from.

In a surprise update, it appears Kunos let the cat out of the bag earlier than intended. Within hours, the team took down the detailed announcement and voting poll, now requiring onlookers to enter an unknown password.

While we await an(other) official announcement from the team, here’s the list of Prancing Horse models players could vote on:

There are a number of interesting models here. Ferrari’s Enzo, named after the brands enigmatic founder, would be a nice complement to the LaFerrari. A brace of modern V8 berlinettas are on the list, as is a pair of V12 grand tourers. As you’d expect, a large number of options are cars built for the track: from golden-age endurance sports cars (312P, 512M) to ’90s F1 cars (641, 412 T4).

To date so far this year, Assetto Corsa has received a few updates, both paid and free. Players have received the Highlands Circuit, two fan-favorite Mazdas, and the Ready To Race car pack. The comprehensive 1.14 update finally brought custom lobbies to PS4 players last month, though Xbox fans have yet to receive it.