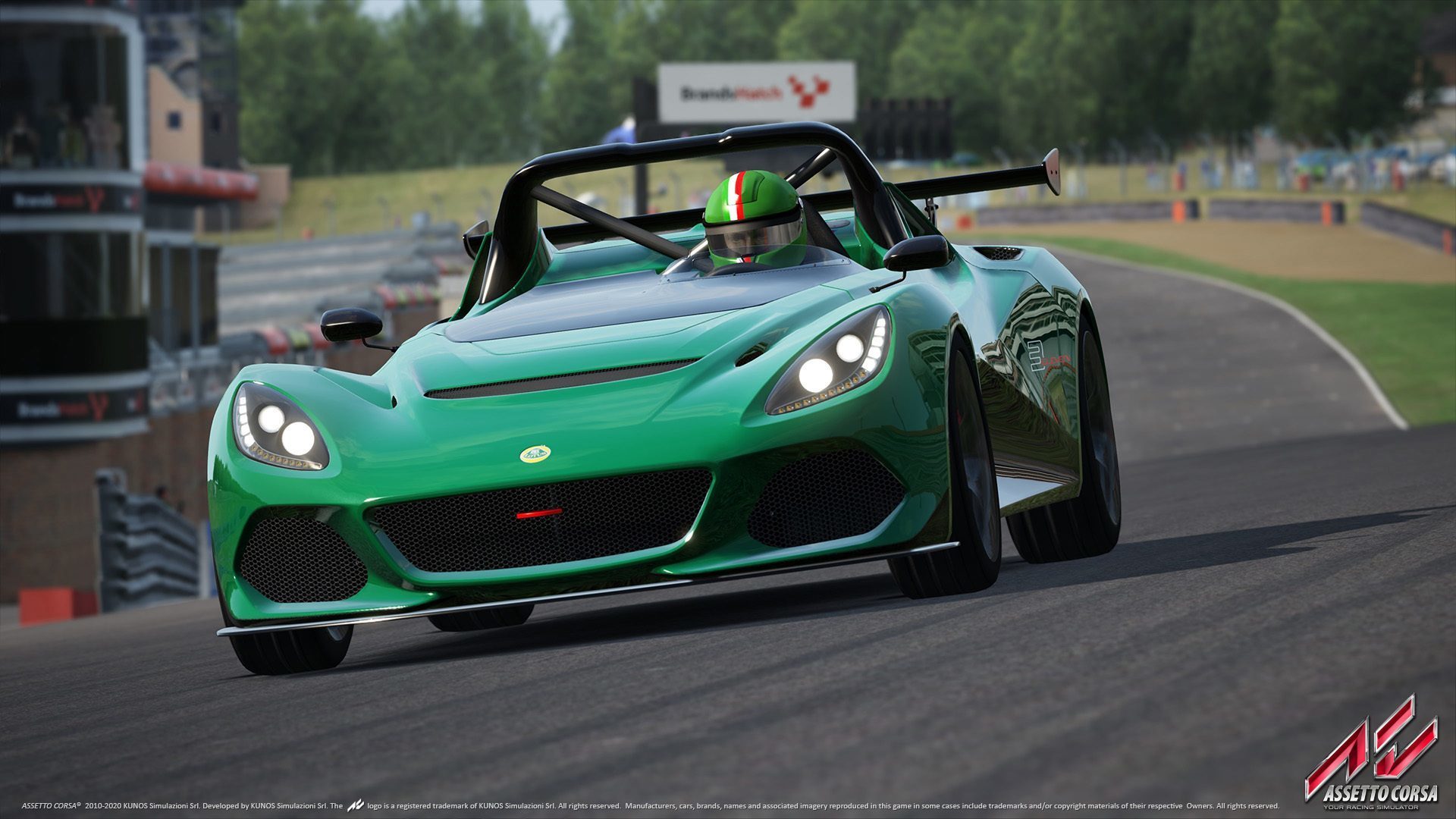 The latest version of Assetto Corsa is now available on Xbox, bringing Kunos’ sim racer up to version 1.15.

Weighing in at 1.5GB, the patch brings with it plenty of improvements to a game that just recently celebrated its first anniversary. Chief amongst them is the inclusion of the Ready To Race car pack, which brings 10 new cars to the franchise. We detailed the pack way back in May, but a quick refresher on what it brings:

The Ready To Race DLC isn’t actually available yet, however. It briefly showed up on the Xbox Marketplace last week, before being pulled. On the other side of the fence, the PlayStation blog lists it coming on-line tomorrow, September 13. The 1.15 update isn’t yet available on the PlayStation 4, but we expect it to land later today.

In addition to support for the car pack, 1.15 introduces customizable button mapping. Players have demanded this feature since the beginning, so it should be very welcome. The full change log is available at the bottom of this post.

For Xbox players, perhaps the most important feature the new patch brings is the ability to play the game. Last week, reports started coming in that the game refused to launch on Microsoft’s system. We were afflicted by this glitch, but it appears to be fixed after downloading the patch.

With the console versions now more or less at par with the PC one, we wonder (and hope) the update process will be more unified moving forward. With the promise of a new Ferrari car pack on the horizon, can you blame us?

Andrew Evans · Sep 12, 2017· Comments
In the latest example of the line between virtual and reality, a gamer has created a race circuit out of their own local roads for use in Assetto Corsa, using a technique known as photogrammetry.

Andrew Evans · Sep 12, 2017· Comments
A surprise update to the PC version of Assetto Corsa has landed today, and left something of a mystery in its wake.

Andrew Evans · Sep 12, 2017· Comments
Fans of classic, and long-absent Gran Turismo tracks can rejoice, as it’s now possible to race on them again. There’s one slight catch though: it’s not in Gran Turismo, or even on a PlayStation console.

Andrew Evans · Sep 12, 2017· Comments
If you’re an Xbox gamer and haven’t decided on whether to take the plunge on Assetto Corsa or not yet, there’s some good news. The racing sim from Kunos Simulazioni is now available as part of Xbox Game Pass.

Jimmy Broadbent · Sep 12, 2017· Comments
It’s been a while since I had the pleasure of a modern, high downforce car. Over the last few weeks, I’ve driven a wide variety of cars and games and had a great deal of fun. But, my primal need for some high downforce savagery hasn’t been satisfied… until now. Enter the 2019 Formula Hybrid.

Jimmy Broadbent · Sep 12, 2017· Comments
It’s quite amazing how fast the sim racing landscape has changed. In recent years, there has been a big shift in the PC sim racing community towards more licensed content. The shift has been so dramatic that even a title built for modding, rFactor 2, has had to move towards licensed content to survive. This never used to be the case.

Jimmy Broadbent · Sep 12, 2017· Comments
Michael Schumacher. That name will forever be synonymous with Formula One. That name could be the definition of success. He is a man that redefined the record books. A man filled with unrelenting desire and determination. He’s a man that became a hero to me and a legend to the world of motorsport.

Jimmy Broadbent · Sep 12, 2017
Whenever I see an alert telling me Race Sim Studio have released a new car, there’s this excitement that runs through my body. RSS is, in my opinion, the best modding team around. Everything it has released has been of a quality you’d expect from a game developer. I could make an argument for some of its mods being better than official Assetto Corsa content.