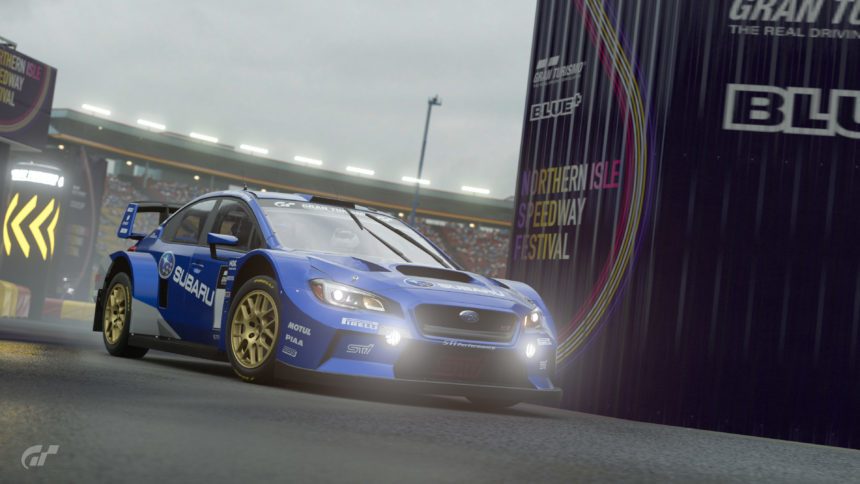 First Look at Rain and Fog in Gran Turismo Sport

During our playthrough of GT Sport ahead of our upcoming review, we’ve captured gameplay footage of two of the most requested features of the game: rain and fog.

Ever since Polyphony Digital announced GT Sport would not feature dynamic time and weather, fans have been clamoring for a more definitive answer on what sort of static weather would be in the game. The beta from this past spring showed wet tires in the tuning menu, and the E3 trailer showed a foggy Nürburgring.

We’ve wrapped the campaign mode in the game, and can let you know that both rain and fog are in. There are some caveats, however.

In the case of rain, so far, the only place to experience it is in the gymkhana-like Northern Isle Festival events in Mission Challenge. Demo players will remember that the track surface was damp a la GT3, but the full version adds a light sprinkle to proceedings.

Meanwhile, the foggy Green Hell is an atmospheric treat. It’s not limited to an event — it’s one of the later selectable times of day in Arcade Mode — so you’ll want to head to Circuit Experience to unlock it as quickly as possible.

If you don’t do that, you’ll still run into the foggy weather in the Mission Challenge section of the game. The seventh set of events focuses exclusively on the N24 layout of the ‘Ring, in a move similar to the Mercedes challenge in GT5. Here, you’ll be driving different Gr.3 cars for every sector, and each ribbon will also feature a different time of day.

We’ve recorded events 4–7 from the driver’s perspective, and included the replay of the last one. Check it out below:

Stay tuned for more as the community continues to uncover more of GT Sport.

GT Sport Tracks
50 Comments Discuss this post in our forums...
Can You Beat the Impossible Gran Turismo Quiz?

Gran Turismo Sport 49 Feb 26 by Andrew Evans
The next content update for GT Sport is on its way, and Polyphony Digital has released the official, reveal-all trailer. As revealed over the weekend, the keyword for 2020 is…

Gran Turismo Sport 441 Feb 24 by Andrew Evans
For this week’s GT Sport Daily Races you’ll be heading to two racing circuits on opposite sides of the Pacific Ocean, and indulging in a spot of street racing. Race…

Gran Turismo Sport 470 Feb 23 by Michael Leary
Last month, GT Sport players went without any new content. While Updates 1.54 and 1.55 arrived in January, both focused on bug fixes and system tweaks. The last major update to…

Gran Turismo Sport 1989 Feb 17 by Andrew Evans
GT Sport‘s first World Tour event of the year is still fresh in our minds, but already it’s time to prepare for the next stage. The Pre-Season for 2020 FIA…

Gran Turismo Sport 441 Feb 17 by Andrew Evans
This week’s GT Sport Daily Races will take you to some tight and twisty real world circuits, in the UK and Japan. The UK’s representative is Brands Hatch for Race…