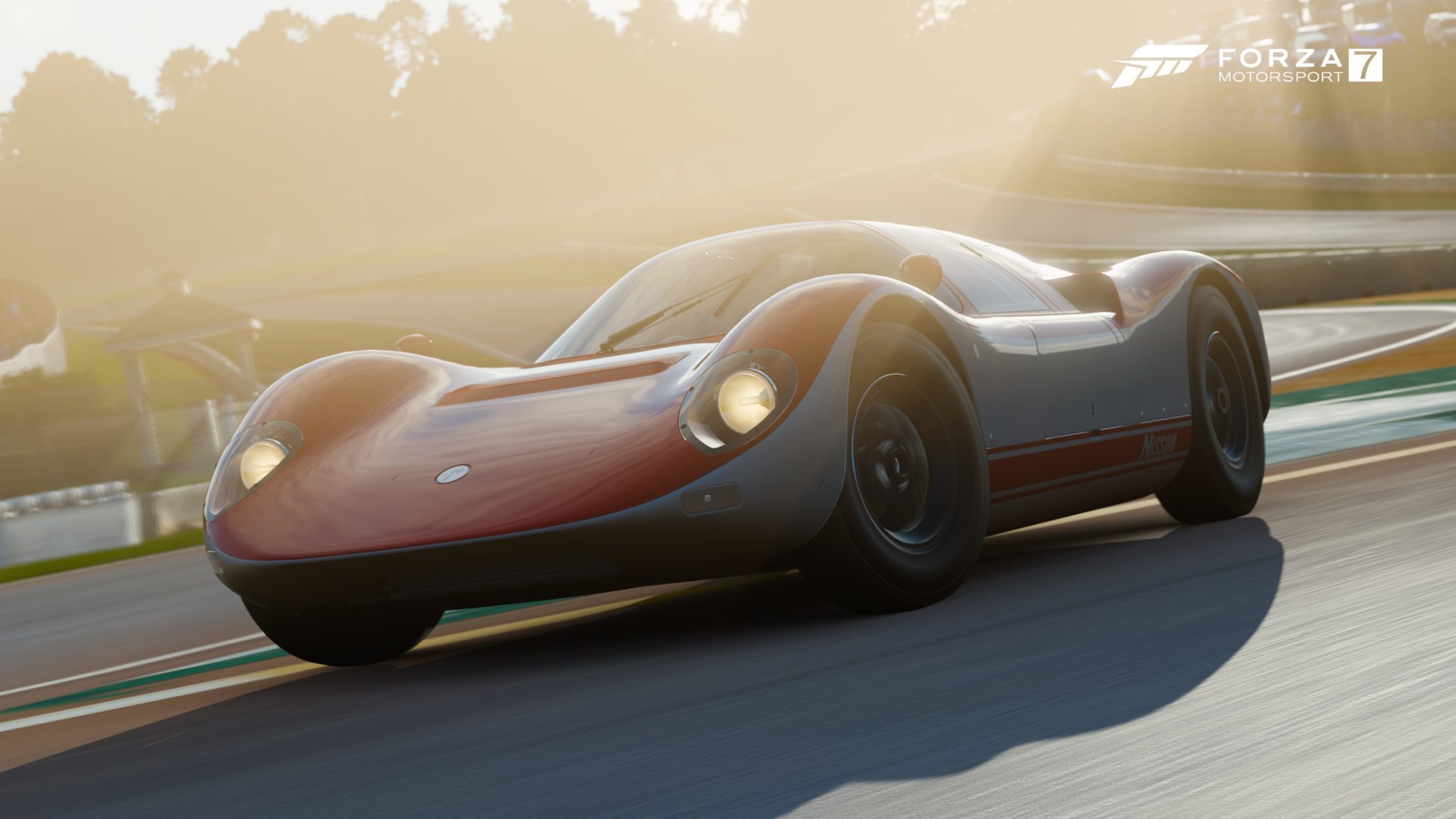 Last week, Turn 10 released the Totino’s Car Pack for Forza Motorsport 7. It also unleashed a pair of free Hyundais for all players, too.

We’ve been spending some time with the nine new cars, and for our first set of test drives, we’ve got a trio of varied machinery:

Take a break from hunting down the latest Bounty Hunter target and find out how they perform below.

An evolution of the Prince R380, this lithe little Datsun houses a pumped-up version of the legendary Skyline’s engine. In race trim, the 2.0-liter straight six belts out 220hp as it screams past 9000rpm.

We took it to Road Atlanta where, despite its half-century age, it surprised us with its sheer grip. Braking can be kept until far later than you’d expect… except that downhill entry into the final chicane. Whoops.

Turn 10 seems to be making up for lost time with Porsche. After over a decade of EA’s stranglehold on the brand (and limited availability in the Forza franchise), FM7 launched with the biggest Day-1 lineup of Porsches yet. Each month, the car packs have included at least one Stuttgart machine, too.

January’s car is the exceedingly rare Turbo S Leichtbau. With only 80 made, it represents the best of the 964 generation, before the Turbo graduated to all-paw status with the 993.

It hits that performance sweet spot around Laguna Seca; quick enough to have fun with, but predictable enough to not ruin said fun. Some rear-engined cars can feel strangely floaty in Forza 7, but the Leichtbau is having none of it. It replicates that old-school 911 feel accurately — including a propensity for swapping ends if you’re late on the brakes into a corner. Don’t say we didn’t warn you.

While we appreciate Turn 10 giving us two flavors of the second-gen Veloster (a rare and welcome move), we’re focusing on the high-performance N variant here.

Essentially the i30N hot hatch in a funky four-door shell, the Veloster is an able partner around Maple Valley. It feels more than capable of matching some of the usual hot hatch contenders in its class, with a neutral cornering stance and a slug of low-down torque. It being accompanied by a sort of diet-rally-car soundtrack doesn’t hurt.

Stay tuned for more test drives from the Totino’s Car Pack through the week.