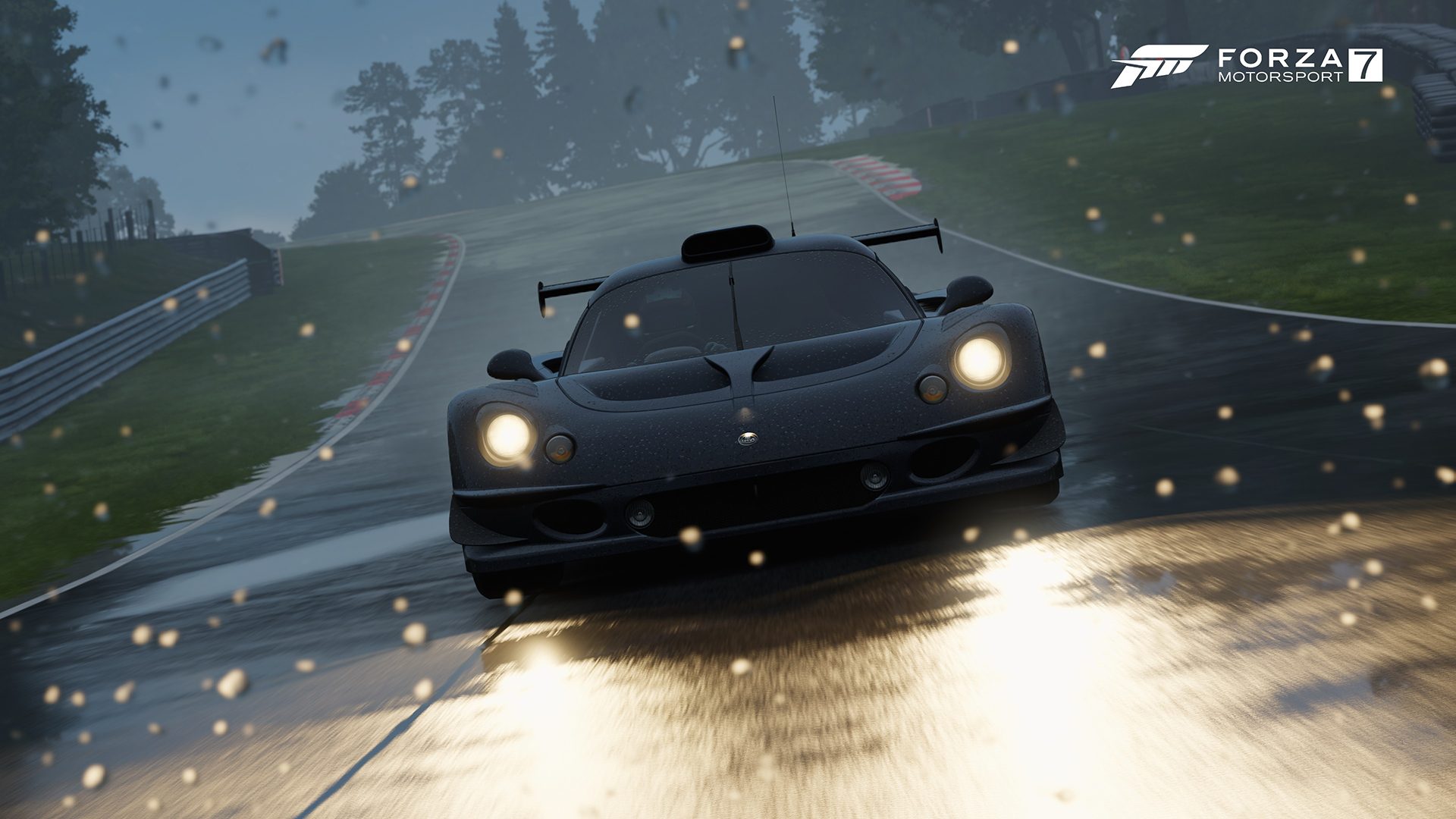 We’re back with another round of test drives from the most recent car pack for Forza Motorsport 7. This time around, we’ve got two quick race cars, and one … less quick vehicle.

In the little 2CV’s defence, it is used in various grassroots-level events across the globe. But obviously, in stock form, it’s a much different proposition to the Lotus Elise GT1 and BMW M6 GTLM.

If you missed the first trio of test drives (featuring the 911 Turbo S Leichtbau, Nissan R380 II, and Veloster N), you can find them right here. Read on for our thoughts on this batch.

We start with the Deux Chevaux. One of the design requirements for the 2CV was that it be capable of delivering eggs to market without breaking them. Obviously, this softly-sprung setup doesn’t make it a natural apex-hunter.

Nonetheless, the little Citroen is a fun little roly-poly partner around Lime Rock. The name of the game is conservation of speed, though you can’t avoid losing a good bit of it just climbing the hill.

The 2CV is already proving a contender in the C-Class hoppers online. So while it may be a bit of a Tin Snail stock, it certainly has potential.

The Elise GT1 has attained nearly mythical status at this point. Old school gamers will remember it from two big sequels during the original PlayStation era: Need for Speed II and Gran Turismo 2. In the latter game in particular, the steroidal Elise was a car you feared. It was a handful, to say the least.

In Forza 7, that isn’t the case. For starters, this homologation special houses the stock Esprit-sourced 3.5-liter turbo V8. At 350hp, it’s barely over half the race car’s output.

With its younger brother the 3-Eleven part of the FM7 lineup, the Elise GT1 almost seems tame. It’s an easy drive, with wide rear tires keeping it planted at all speeds. Combine that grip with a hefty serving of downforce and a lack of weight and the GT1 should be a force to be reckoned with in S Class.

While Forza 7 launched with over 700 cars, one of the main criticisms the lineup faced was a lack of modern sports racers. The mid-engined 911 RSR helped alleviate that last month, and now it’s the big Bimmer’s turn.

The M6 is at its best in long, high speed sweepers, where its wheelbase and downforce keep it stable. It suffers from a lack of low-speed grip — something shared across race cars in Forza 7 — being all too eager to slide if you’re a hair too generous with the throttle. It makes Mugello’s first corner a difficult one to navigate in a way that feels fast.

Overall, the M6 was a frustrating end to a trio of drives.