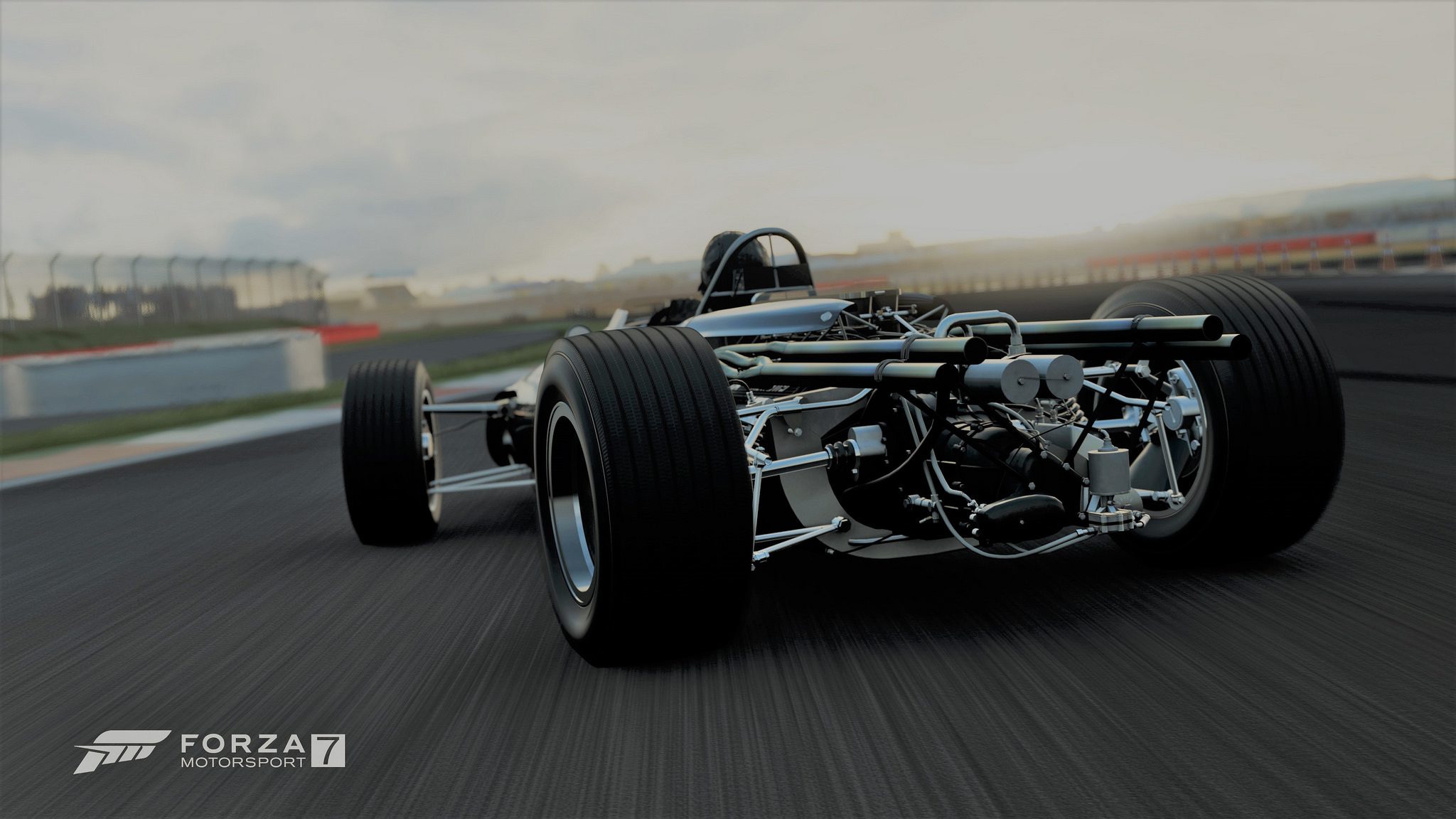 Turn 10 has dropped the latest update for 2017’s Forza Motorsport 7. While it doesn’t feature a new car pack, it does introduce a large number of improvements to the game.

Weighing in at 490MB for Xbox One (or 860MB for the One X), there’s new features, new cars, and new events coming to FM7 players. Read on for all the details.

We start with the cars. We already covered the new freebie for June: a mad-looking Mustang IMSA race car. It will star in its own special Rivals event during the month, where players can win a Forza Edition of the equally ’80s Fiesta XR2.

Other cars share the spotlight this month, and they’ll be new for many players too. The Hoonigan Car Pack was initially only available to those that pre-ordered Forza 7. It’s now available to the rest of the community, at the usual car pack price. A quick refresher of its lineup, which changed slightly from Horizon 3:

For last month’s update, Turn 10 added the much-requested ability to test drive in between online races. June’s update expands on that, allowing players to tune during the downtime. You can either tinker on your own, or download other players’ setups, and apply them in real-time on the track.

In addition, players can now alter their driving aids during a race. Unfortunately, that involves the pause menu, so don’t try it while dicing for position…

From a more administrative, but equally welcome angle, players can now set up password-protected lobbies. There are also more controls available for the types of cars used in private lobbies:

Multi-class sees proper per-class scoring, and more options for timing triggers. Instead of forcing the fastest class to kick off the end-of-race timer, you can choose any.

PC players will be especially pleased with this one. Turn 10 has introduced a UDP data stream output system. Initially focusing on motion sled support, this info can be used for dashboards or data logging. With new peripherals showing up all the time, this should allow for even more racing rig customization. From our understanding, it could even help with live stream overlay info.

You can get all the gritty, nerdy details from this official forums post.

Now We Pan Over to Photo Mode

Forza’s photo mode has soldiered on virtually unchanged for many years. It’s serviceable, but certainly not on the cutting edge. Thankfully, Turn 10 has given it a small but very useful upgrade with a new Panning Mode option.

Traditionally, the photo mode has used a faux-tracking option, simulating a car moving at roughly the same speed/direction as the subject car. Panning Mode instead sits at a standstill, and well, pans to keep the car in frame. You can see the subtle change up top — the new option is on the left, legacy on the right.

More #Forzathon, More of the Time

It’s safe to say Forzathon has been a little inconsistent. That’s not helped by the steady march of events in Horizon 3 going off without a hitch. But that looks set to change.

Turn 10 is moving the entire Forzathon machine off of Xbox’s Achievements system. This means quicker updates, and a return to a weekly format. Not only that, the team is promising different challenges each go-round. Three challenges will pop up each week, with 1-, 2- and 3-step approaches.

With a handful of cars still only available via the Rental option — around 10 or so at last count — this should conceivably speed through the remainders.