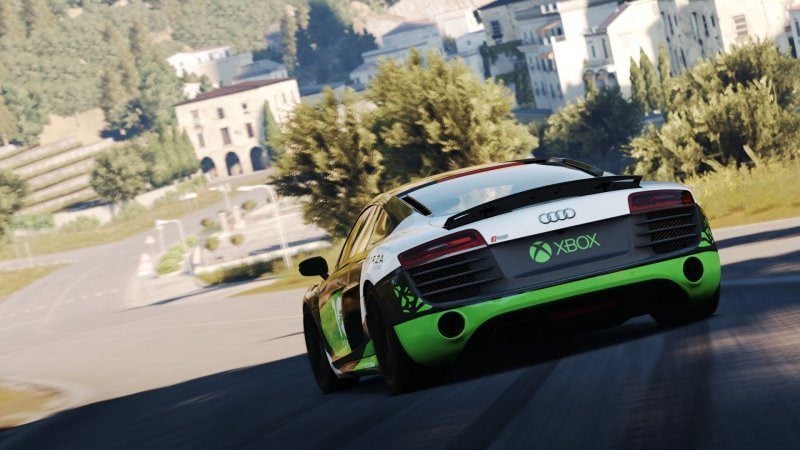 After last week’s Forza Horizon 3 Xbox One S bundle, players looking for a small dose of two-year-old nostalgia are in luck this week, as Forza Horizon 2 hits the Microsoft Store with savings up to the 75% mark for Xbox Live Gold subscribers.

All three Xbox One versions of FH2 are being discounted and include the Ten Year Anniversary Car Pack. The standard game will cost you $25, the Deluxe edition for $35, and $45 for the Ultimate edition. The Storm Island map expansion pack is also having its price cut from $20 to $5. All prices are in USD.

Just like its American predecessor and Australian successor, Forza Horizon 2 is another one of the Horizon games to earn plenty of highly positive reviews. Even though it was released a little more than two years ago on the Xbox One and 360, a good amount of fun could be had roaming around the streets of southern Europe.

The Xbox 360 version of the game is not included in the deal. While it carried the same name, the game was markedly different from the XB1 version, with a different developer (Sumo Digital) basing it off the original Horizon’s game engine. This meant no weather, no tuning, and perhaps most crucially, no real post-release support in the form of DLC or major updates.

If you plan on making use of this deal, you have a few more days to get your money ready, as the Horizon Festival awaits.

Forza Horizon 4 21 Nov 4 by Gary Slater
It’s a busy time ahead for Playground Games and Forza Horizon 4. The studio has scheduled a new livestream for November 5 to celebrate the launch of FH4 on Xbox…