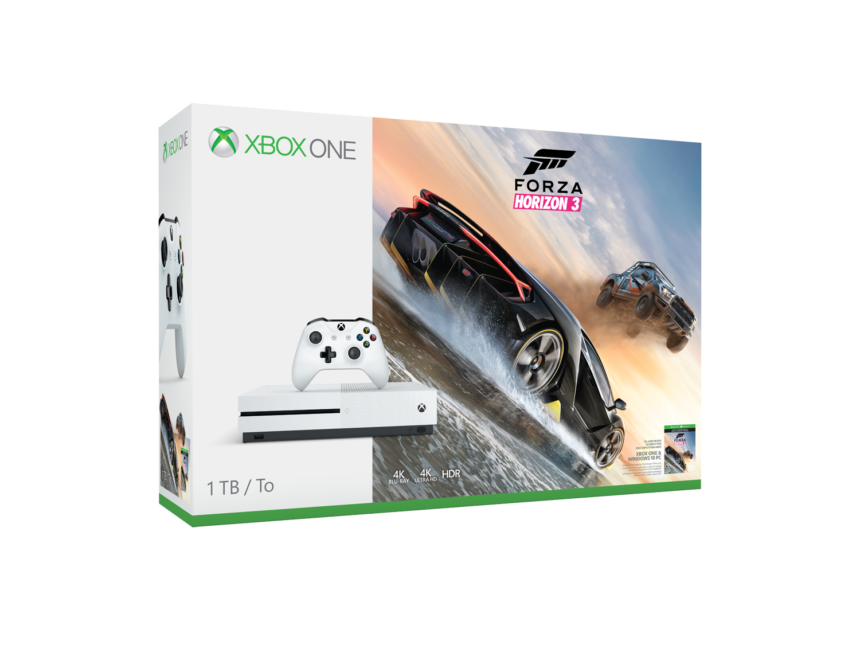 Another money-saving opportunity for racing fans has arisen, as Microsoft announced a new Xbox One S bundle containing a download for Forza Horizon 3 (which can be used for both PC and Xbox). Two packages with varying hard drive capacities will be offered starting at $299 for 500 GB and $349 for 1 TB. Both bundles also include a 14-day Xbox Live Gold trial.

As you are probably aware of by now, Forza Horizon 3 has received critical acclaim from many game reviewers, and is considered one of the best in the genre this generation. It earned itself the E3 2016 Game Critics Award for best racing game last year, and was even voted Best Racing Game by our community in the 2016 GTPlanet Awards.

The new Xbox One S has also been given much praise. With a design 40% slimmer than the original Xbox One, 4K video streaming, an Ultra HD Blu-ray player, and HDR support, the updated console will be sure to deliver plenty hours of entertainment in some shape or form.

If you have your mouth drooling and your wallet ready, the 1 TB bundle can be purchased via the Microsoft Store right now. Buyers looking for the 500 GB version will have to wait a tad bit longer until it releases on February 7, or they can pre-order it for now.

Whatever bundle you do end up selecting, it’s a useful amount of savings for a fantastic open-world racer and a feature-rich modern console.

Forza Horizon 3 is currently available for the Xbox One and Windows 10 platforms.

Xbox OneXbox One S
15 Comments Discuss this post in our forums...
Can You Beat the Impossible Gran Turismo Quiz?