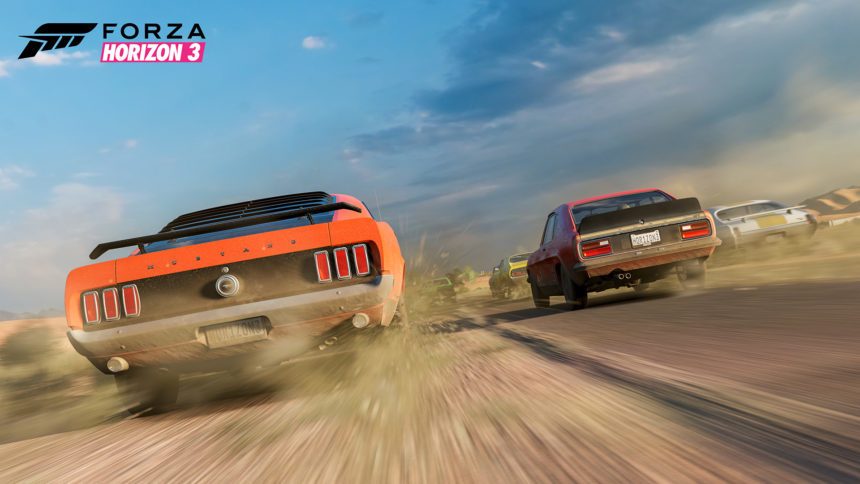 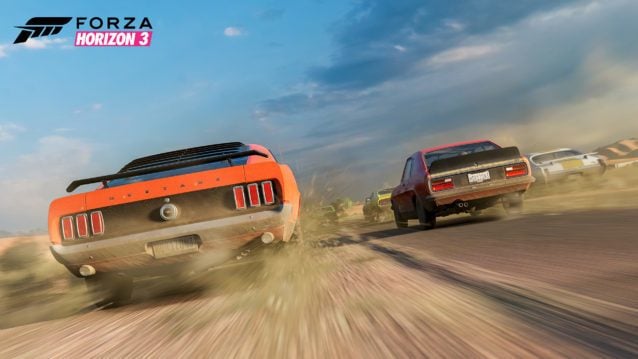 Forza Horizon 3 was revealed earlier today. Taking place in Australia, it promises 350+ cars, a deeper level of customization, and full cross-platform support with the Windows 10 platform when it launches this September 27. Turn 10 have now revealed the game’s pre-order details, as well as how the Forza Rewards player loyalty program will support the new title.

Much like Forza Motorsport 6 last year, Horizon 3 pre-orders comes in three flavours: Standard, Deluxe, and Ultimate. When purchased digitally, all three come with cross-play support with the PC platform, as well as a car pack each for FM6 and FH2. The Deluxe and Ultimate editions add the FH3 Motorsport All-Stars Car Pack, signalling a change in the Horizon series: the addition of full-blown race cars. There are 10 cars included in this pack:

Lastly, the Ultimate Edition includes both Early Access and the Car Pass. Early Access does what it says on the tin (er, wristband?): players will begin their journey through the game four days before others. The Car Pass is much like the one in FM6: a season pass-style early purchase of the first six car packs the game will offer, at a discount price over buying each individually. Each car pack will include 7 new rides, totalling 42 by the end of the six month period. 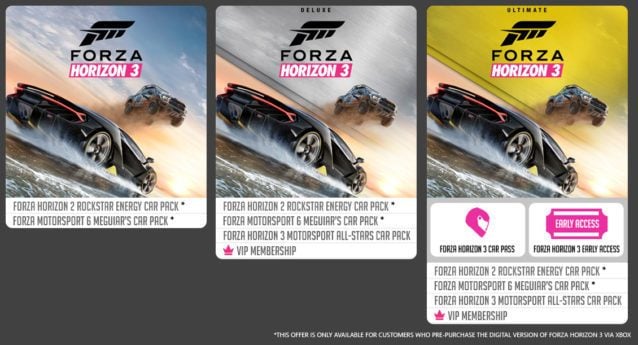 American retailers will be offering different cars as bonuses for pre-ordering. From our understanding, the stock versions of these cars will be available to all players, with the retailer-specific models being tuned to the tops of their respective classes. The breakdown: 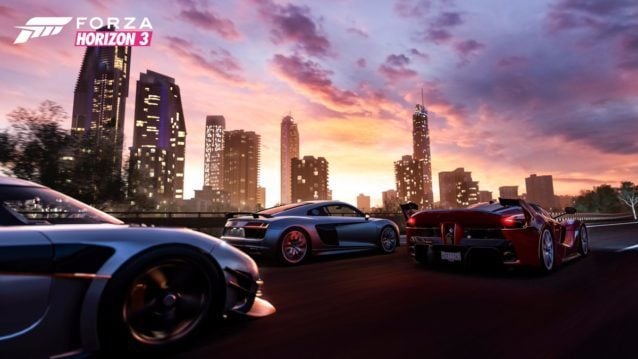 For those unfamiliar, the Forza Rewards program is a free opt-in service Turn 10 have provided for the last few years that provides various bonuses to players. Currently, players can redeem their points on a weekly basis for free credits in games as far back as Forza Motorsport 4. Naturally, the program will be changing with Horizon 3’s release, and T10 have announced the Tier Rewards players will have the option of redeeming when they first load the game up:

Eagle-eyed readers will note Tier 9 is the current maximum, so an adjustment prior to release should change that.

If you’ve played either Forza Horizon 2 or Forza Motorsport 6, you’ll be offered a 2014 Local Motors Rally Fighter and 2017 Ford Raptor, respectively. If you were a VIP in either of those titles, you’ll receive a Koenigsegg One:1.

We’ll have more news on Horizon 3 from the show floor tomorrow!