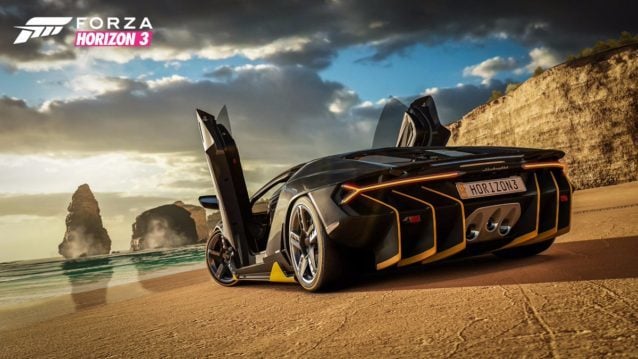 When the off-track, open-world racer known as Forza Horizon was introduced to the gaming world in 2012, it was clear that the atmosphere of the Motorsport spinoff was just as much about the music as it was about car culture.

Now into its third iteration, Playground Games is taking the Horizon Festival experience to new heights in the Land Down Under with 146 songs playing across eight different in-game radio stations. For those keeping ‘score’, that is 79 more audio tracks in Forza Horizon 3 than the series’ original launch on the Xbox 360 (which just became compatible with the Xbox One).

What many may find to be more impressive, however, is the ever-expanding assortment of music genres and artists. Thanks to an official reveal by the Turn 10 Studios community team, we now see just how diverse the soundtrack is in Forza Horizon 3.

Horizon Pulse – A staple of the Horizon Festival, electronica is in full effect:

Horizon Bass Arena – For those desiring a bit more bump in the trunk:

Timeless FM – The perfect playlist for an epic cruise:

Hospital Records – London’s indie drum and bass label is back on the Horizon airwaves:

Epitaph Records – Prepare the pit for these punk and metal tunes:

Wanna be your own DJ? Microsoft’s Groove music service will allow you to stream your favorites through the app’s in-game integration.

So, our question is this: does Forza Horizon’s less serious take on racing have you more willing to tune in to the in-game radio? Or do the sounds of roaring engines and screeching tires always take priority, regardless of the game’s style? Share your preferences below.

Gary Slater · Sep 10, 2016· Comments
We suspected that it may be coming sooner or later, but now Turn 10 has officially confirmed the news: Forza Horizon 3 is reaching the end of the road.

Michael Leary · Sep 10, 2016· Comments
It appears Forza Horizon 3 still has some life left in it – at least, enough for what looks to be a final hurrah.

Michael Leary · Sep 10, 2016· Comments
Big savings have once again come to pass for the Forza series, courtesy of Deals With Gold. This week, Microsoft has combined Forza Motorsport 7 and Forza Horizon 3 into a neat bundle. If you’ve yet to make the jump, now is as good of a time as any.

Kyle Patrick · Sep 10, 2016· Comments
Amidst all the news about the upcoming Forza Horizon 4 this past month, an impressive stat on its predecessor flew under the radar. According to Ralph Fulton, FH3 has had over 9 million players since its September 2016 launch.

Brendan Rorrison · Sep 10, 2016· Comments
Xbox Live Gold members can pick up two discounts on substantial Forza DLC. With reductions for Motorsport 7 and Horizon 3, those looking to enhance their experience should have a look at what the sale has to offer.

Kyle Patrick · Sep 10, 2016· Comments
Playground Games is keeping the Forzathon events coming for its open-world Forza spin-off. Players will have regularly-scheduled challenges all the way into February 2018, according to a new set of Xbox achievements.

Gary Slater · Sep 10, 2016· Comments
The latest Forzathon challenges are now live for Forza Horizon 3 players. The focus for this weekend is all on hypercars. Going under the name “Speed Is Key”, the newest challenges will see players putting their foot down in the world’s fastest cars.

Gary Slater · Sep 10, 2016· Comments
This weekend marks one year since Forza Horizon 3 was first released. To celebrate the occasion, the latest Forzathon events offer players a new batch of car and manufacturer-specific challenges.