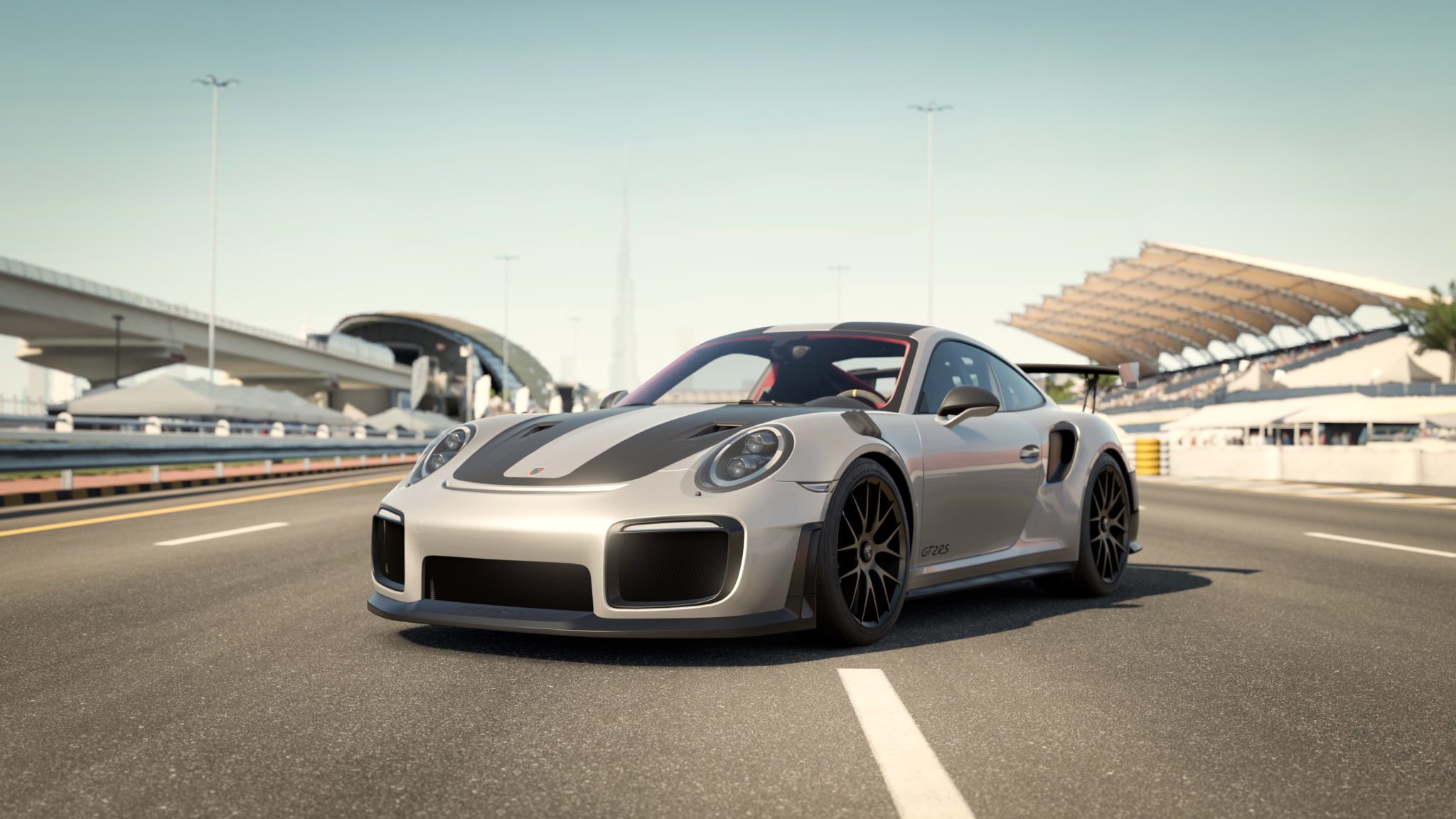 First revealed to the world at E3, the latest 911 is the most powerful ever built by the Stuttgart brand. Powered by a twin-turbocharged flat-six, the 911 rockets to 60 mph in 2.8 seconds and onto a top speed of 211 mph.

While present at this year’s Goodwood Festival as part of the GT2 RS’ European debut, Turn 10 has something extra in store. The all-new GT2 RS will be playable at the Festival in Forza Motorsport 7 this weekend.

We suspect the build will be no different than what was available at E3. Meaning, attendees can put the all-new 911 through its paces at the Jebel Hafeet Mountain Road in Dubai.

Additionally, a time trial competition will be held, awarding the winner with the full game and an Xbox One S. If you’re unable to attend this year’s Festival there will be another opportunity for UK residents to play the game.

This year’s game will be playable on Xbox One X and a VRX iMotion simulator at the Porsche Experience Centre.

Forza Motorsport 7 releases on October 3 and is exclusive to the Xbox One and PC. This year’s title will also take advantage of the new One X when it launches this November.