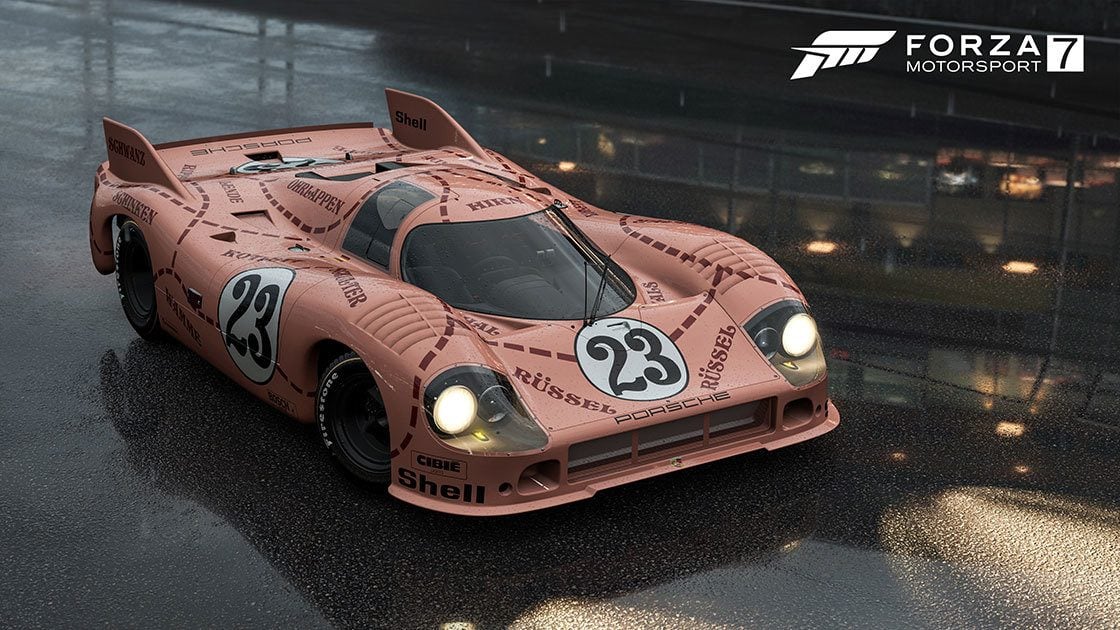 The latest Forza Motorsport 7 update has landed. Weighing in at 756MB on Xbox One, it’s a comprehensive one, with wide-ranging changes to Turn 10’s sim racer.

New Cars, Both Free and Paid

This month brings nine new vehicles to the game. Seven of these are paid, as part of the Top Gear Car Pack. They cover a span of 60 years, from a classic Alfa to a Miata-based track missile you can build yourself:

Given the name of the pack, it should be little surprise that The Stig’s Digital Cousin is also a part of it, as a driver suit. The Top Gear Car Pack rings in at the usual $6.99 price tag. However, if you’re a Car Pass holder, it’ll be free. As a token of appreciation, Turn 10 extended the pass to cover this and one other upcoming pack.

There are two other additional cars that will be available to every single FM7 driver, however. They’re both Porsches, but they couldn’t be more different. One is the fan-favourite “Pink Pig”, the 917/20 Coupe. This one-off car may only have a single competition entry to its name, but players can continue that streak in FM7. 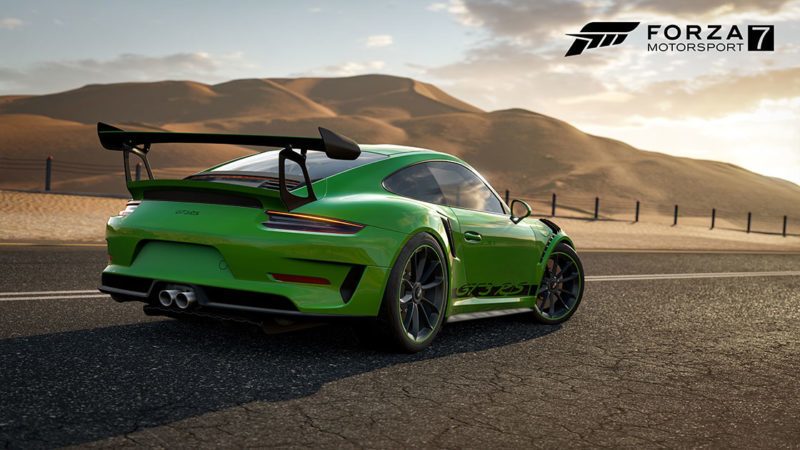 The other Porsche is much newer, with the 2019 911 GT3 RS joining the ranks. This 520hp nat-asp superstar may be a road car, but its heart is at the track. Porsche already set a stunning 6:56 ‘Ring time in it this year — think you can beat it? We’re actually wondering how close these two disparate machines will be on certain tracks in the game.

All in, these additions bring FM7’s total car count to over 780, 39 of which are Porsches. Check out the entire list here.

Locked Cars Are (Mostly) a Thing of the Past

Arguably just as important for the average player, the limited availability of dozens of cars in FM7 is no more. Heading into the Car Collection or Buy Car menus, practically everything is available to buy, credits allowing. There are only two exceptions: Forza Edition cars, and the game’s two “unicorns” at this point (the MG MGA, and the BMW Z4 M Coupe). Cars that were locked behind the single-player campaign’s progression, like the Ford GT LM, are also now available.

Cars will no longer be available in prize crates as well. This is an odd move, as every car found in them prior to today’s update was purchasable. Nonetheless, crates will now be limited to avatar outfits, badges, and Mods.

Another welcome change is an improved car selection screen. This part of the game can easily bog down with players’ large personal garages, and Turn 10 promises it’s much speedier now.

To celebrate the arrival of all this new metal, Turn 10 has a bunch of different Rivals events lined up for July. That starts today with the 917/20, tackling Le Mans Full. Later on in the month, the GT3 RS will gain two dedicated events — one at Road Atlanta, one at Le Mans Bugatti — and the 812 Superfast will head to the Top Gear test track. Because of course it would.

Keep an eye on our Forza Motorsport 7 forums for any other undocumented changes the July update has brought with it.