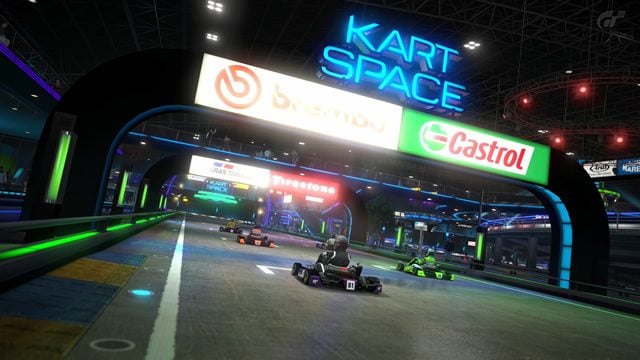 The latest version of Gran Turismo 5, version 2.01, has just been released. Weighing in at 112MB, it provides a number of bug fixes, patches, and tweaks. Here’s a complete change log:

[Other Improvements]
– In the Open Lobby, it is no longer possible to vote to kick out the person who created the room. (If the player leaves the room after creating it then comes back, they are then subject to the vote.)
– Adjusted the force of the steering wheel returning to center after a race when using the “Guillemot T500RS”.
– Improved the steering model when driving racing Karts with the DUALSHOCK®3 Wireless Controller, to prevent overly spinning out.

A special new “Online B-Spec Challenge” Seasonal Event, the first of its kind, has also been made available. As you might expect, the races are for your fastest B-Spec driver and take place at the following locations:

Thanks to Brian for the early tip!

GT5 B-SpecGT5 Seasonal EventsGT5 Updates
The original comments for this post are no longer available.
Test Your Badge Knowledge With Our Car Logo Quiz

Gran Turismo Sport 520 Apr 12 by Andrew Evans
A new week means a new set of GT Sport Daily Races to get to grips with, and this week’s trio of events brings a mixture of pace to satisfy…

Gran Turismo Sport 520 Apr 5 by Andrew Evans
There’s a fresh set of GT Sport Daily Races now available, with players taking race cars — albeit in name alone in one case — to three of the game’s…