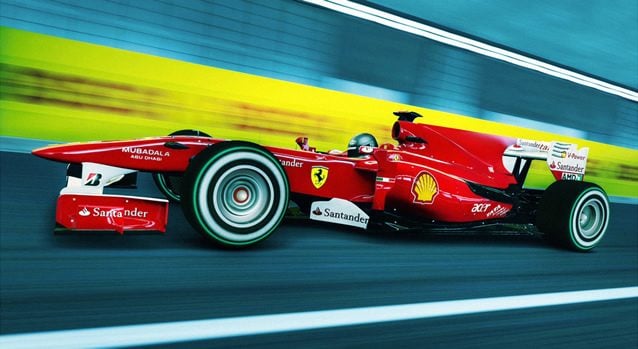 Polyphony Digital has updated their title sales list, and the new numbers are impressive. Between January and September of 2011, Gran Turismo 5 moved an additional 1 million copies. This brings the game’s total sales up to 7.3 million, and helped push the entire series past 64.7 million sold.

Despite the big numbers, GT5 still falls quite short of Polyphony Digital’s highest-selling game, Gran Turismo 3: A-Spec, at 14.8 million copies, and remains the fourth most popular game of the series. However, as GT5 stays in the news with frequent updates and new downloadable content, it may hold sales momentum throughout 2012.

Here’s some more surprising statistics about the GT series over the past year (2010’s numbers, for comparison, are available here):

Congratulations to Polyphony Digital on another great year, and thanks to roberto for the tip!

GT5 SalesPolyphony Digital
The original comments for this post are no longer available.
Test Your Badge Knowledge With Our Car Logo Quiz

Gran Turismo Sport 182 Feb 24 by Andrew Evans
The latest game update for GT Sport has arrived. Weighing in at 176.8MB it is, as expected, not a major content update, but it does bring along some interesting changes…

Gran Turismo Sport 1388 Feb 22 by Andrew Evans
A new set of GT Sport Daily Races has arrived, and the next seven days will put you in racing action at circuits — real and fictional — around Europe.…

Gran Turismo Sport 182 Feb 19 by Andrew Evans
Somewhat unexpectedly, there’s a new update coming to GT Sport this month. It’ll be the first update to the game this year, following on from the 1.62 update back in…

Gran Turismo Sport 2311 Feb 18 by Andrew Evans
Updated February 20: Since we posted the details below, all corresponding information has been removed from the official Gran Turismo website. We’ll update this article with more information as we…

Gran Turismo Sport 1388 Feb 15 by Andrew Evans
The latest set of GT Sport Daily Races, running for the next seven days, will see you recreating the golden era of rally in a rather unusual event — as…

Gran Turismo Sport 2311 Feb 12 by Andrew Evans
Polyphony Digital has released more information on the scheduling for the 2021 season of the Gran Turismo FIA Online Championship. Although we don’t have a full race calendar yet —…