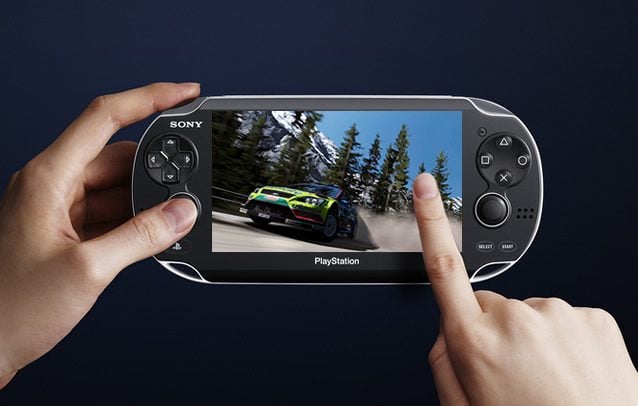 As you’ve probably heard by now, Sony has just announced the true successor to the PSP. Code-named the “NGP” (Next Generation Portable), it features some impressive hardware specs and the titles announced so far look great. Popular games such as Uncharted, Killzone, and Call of Duty were all confirmed to arrive on the NGP when it’s released at the end of this year, but one special franchise was nowhere to be found this time: Gran Turismo.

GT games have always been used to introduce new Sony hardware in the past: Gran Turismo 2000 was a tech demo used to show off the PS2, Gran Turismo HD came along with the PS3, and Gran Turismo PSP was (somewhat infamously) announced alongside the first portable console, eventually resurfacing as a “launch title” for PSP Go.

Of course, Polyphony Digital can certainly be excused for having not spent time developing mobile title – GT5 has kept them very busy for the past year. However, other high-profile developers were on hand for the event, even if they didn’t have game-play material to show off or a specific title to announce (to see exactly what went down, review this live blog).

Though Kazunori Yamauchi mentioned another hand-held title back in 2009, the future of the series on mobile platforms may not necessarily be a sure thing.

Kyle Patrick · Jan 28, 2011· Comments
On this day in 2009, the Gran Turismo franchise officially made its first foray onto something other than Sony’s home console.

Jordan Greer · Jan 28, 2011· 69 Comments
Sony hosted a small group of media at their Benelux headquarters in Amsterdam, yesterday, and our own Blitz187 was on hand to catch any and all new tidbits of information that might emerge (this event took place before the delay was officially confirmed). As usual, Sony was extremely tight-lipped about the game’s details and did not use the event to reveal any major new features.

Jordan Greer · Jan 28, 2011· 48 Comments
Polyphony Digital has updated their sales figures for the Gran Turismo franchise, and the company’s latest title, GT PSP is now on the list. In the three months since its release on October 1st, 2009, it has sold more than 1.8 million copies around the world, making it the sixth-best selling title on Sony’s portable console.

Jordan Greer · Jan 28, 2011· 54 Comments
Remember the “Ultimate Gran Turismo Fan” contest Sony held back in November? They set out out to find the most dedicated fans of the series, and this past Friday, the winners were finally announced. First place went to Michael Blevins of Colorado, who started dirt track racing after years of playing GT, and second went to Samuel Sligh III, a passionate Ferrari fan from North Carolina. For their dedication to the series, they’ve been awarded the two very sweet racing suits and helmets worn by Rhys Millen and Tanner Foust in the GT PSP commercial filmed at Laguna Seca.

Jordan Greer · Jan 28, 2011· 25 Comments
If you missed out on the free Gran Turismo PSP promotion when the PSP Go was released earlier this year, you’ve got another shot. Sony is once again making the game available to download at no cost to all PSP Go owners…as long as you’re not in North America. Much like GT Academy 2010, this promotion is only available to people outside of the United States and Canada. You can read the official rules here and, if you’re eligible, follow these instructions to get your copy of the game. It will be free through January 10, 2010, so don’t worry if you plan to receive a PSP Go on December 25th – just make sure that you tell Santa Claus about this so he can buy you something else with all that money he’ll be saving! Thanks to Marky264 for the tip.

Jordan Greer · Jan 28, 2011· 24 Comments
Sony is out to find the “ultimate” Gran Turismo fan with their latest contest, and two winners will be walking away with the driving suit, helmet, and gloves worn by Rhys Millen and Tanner Foust in the GT PSP Laguna Seca television commercial. All you’ve got to do is submit a 2 minute video, a 2 page essay, or slide show presentation explaining why you are the “ultimate fan”. Entries will be judged by a panel of “video game industry professionals”, who will score each submission based on the following criteria: 60% for showing that you’re the ultimate fan, 20% for showing that you’re the ultimate car/racing fan, and another 20% for showing off a little bit of creativity.

Jordan Greer · Jan 28, 2011· 23 Comments
After a few weeks of waiting, Ad-Hoc Party is finally available, for free, to everyone around the world! Watch the video after the jump to see a quick demonstration with Gran Turismo PSP, then head on over to the new “official” GTPlanet lobby to start racing: World G1, Lobby 1. If you’re in the mood for a quick event but the lobby is quiet, leave a note in our official GT PSP online racing forum thread to organize a quick game. Enjoy!